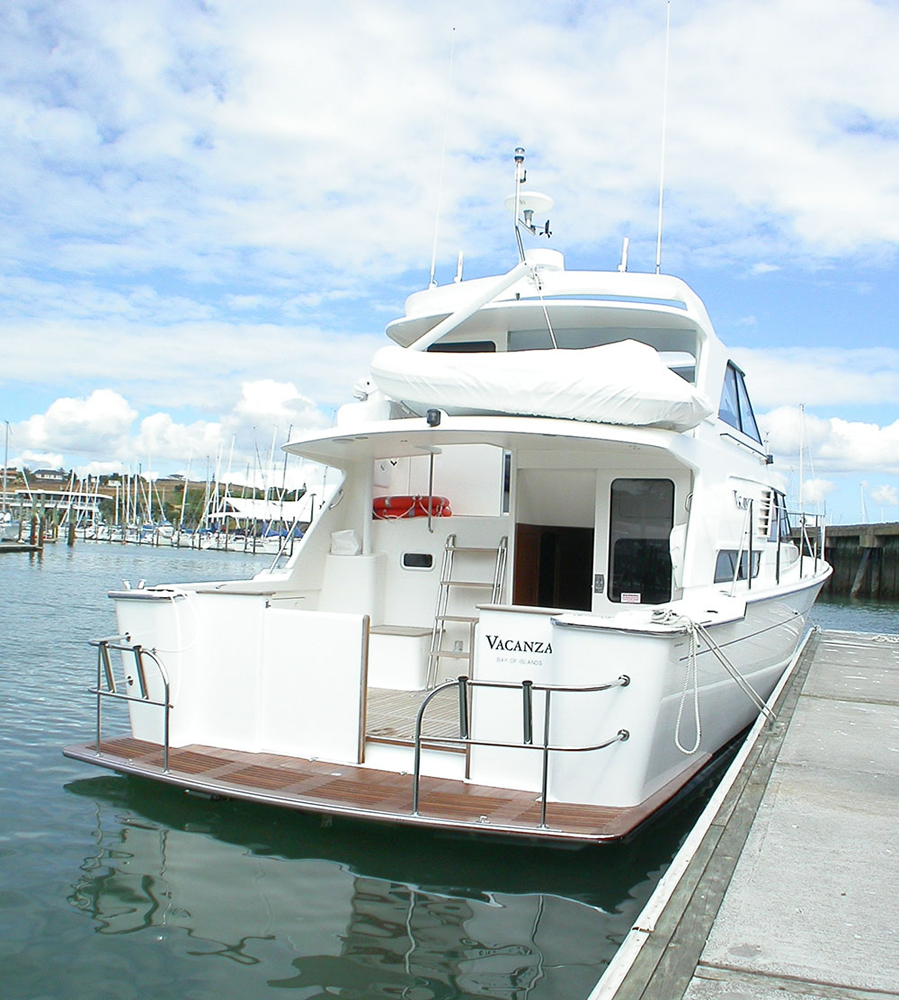 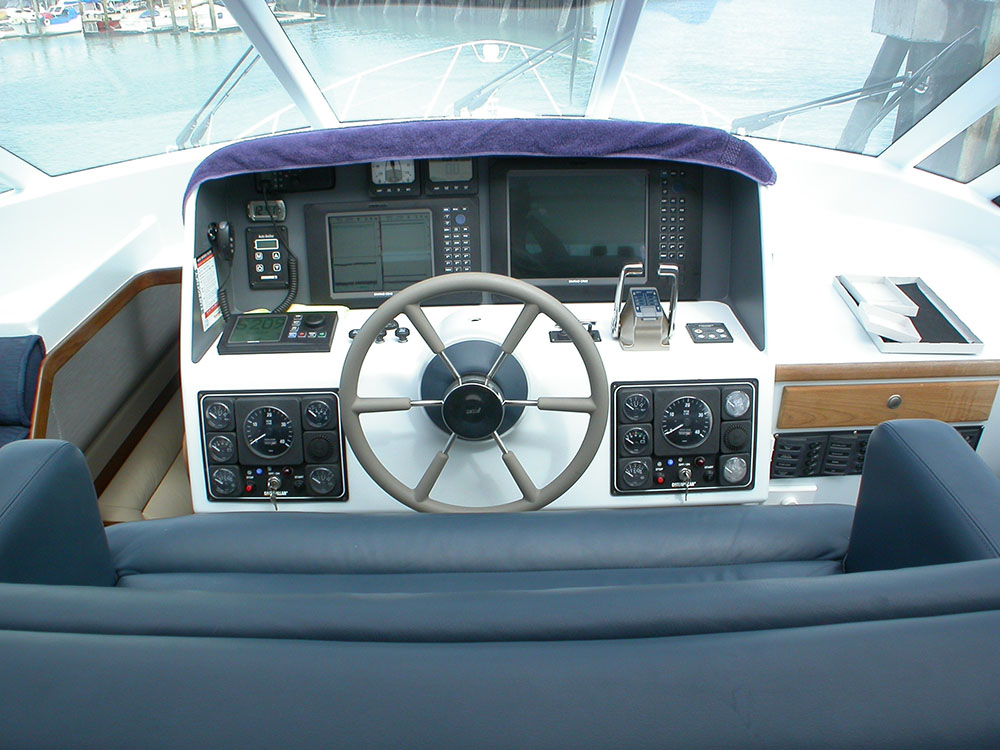 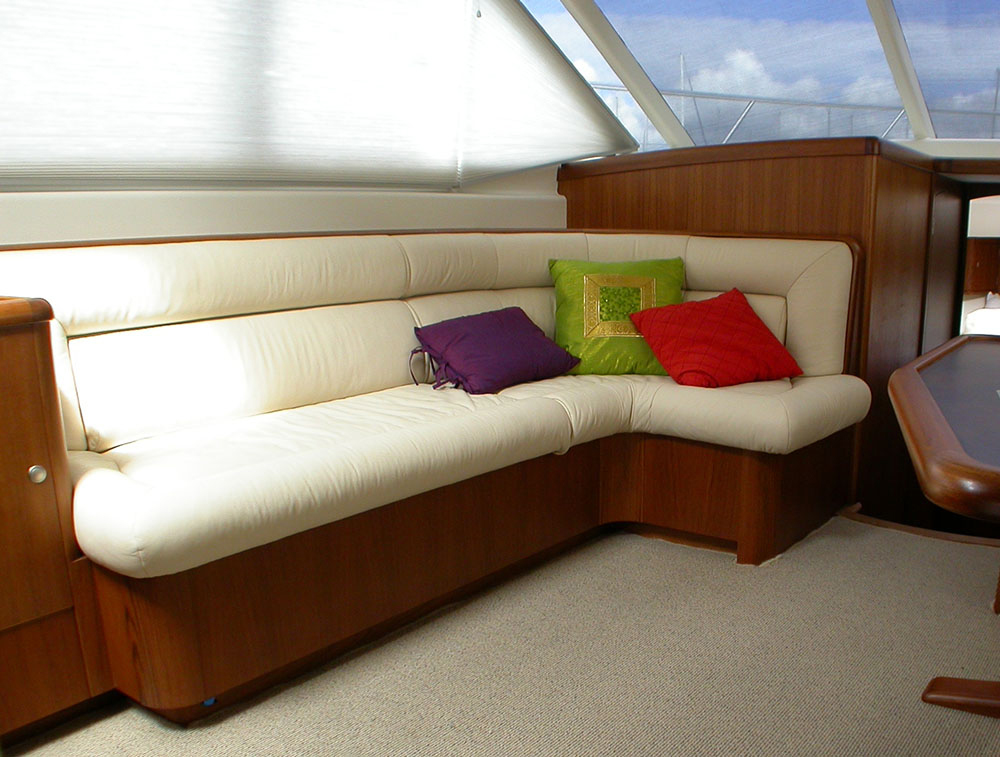 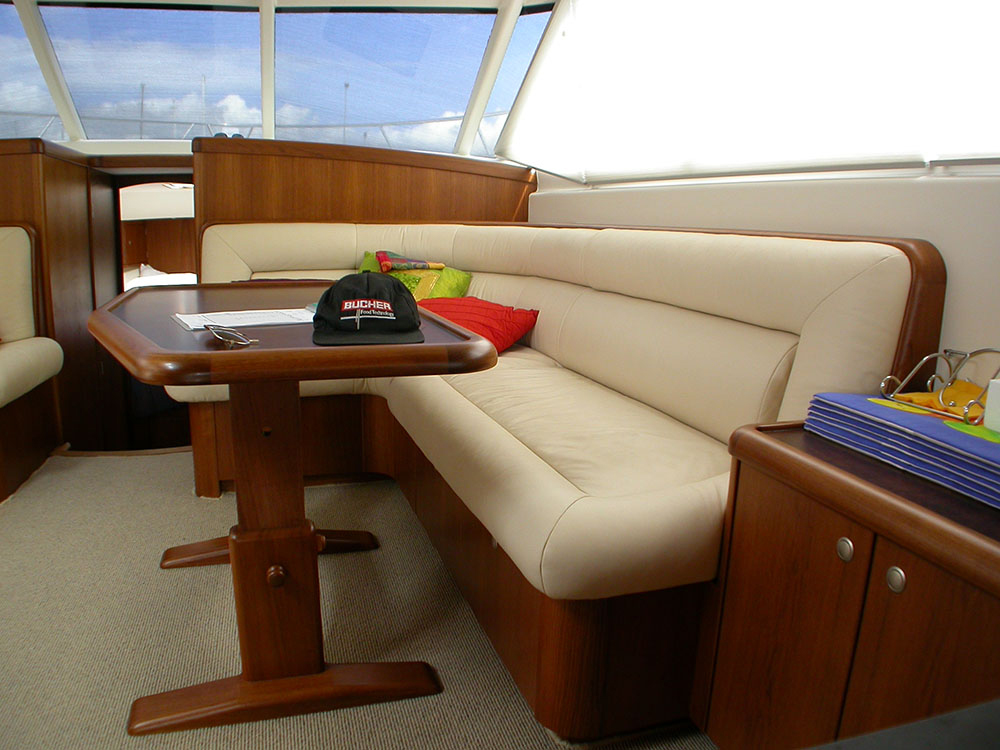 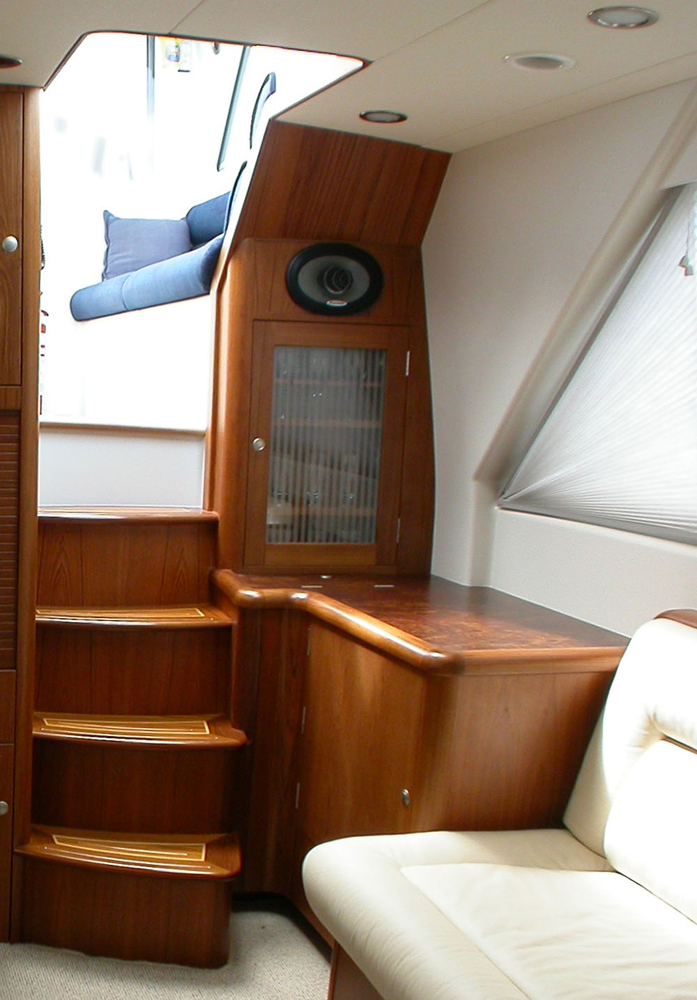 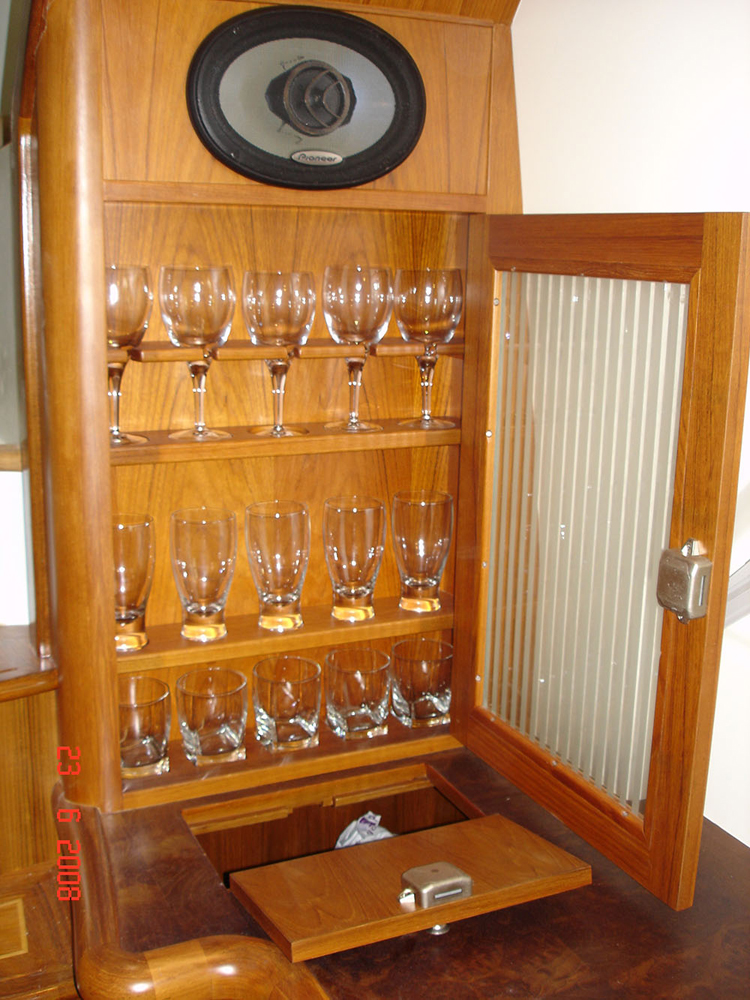 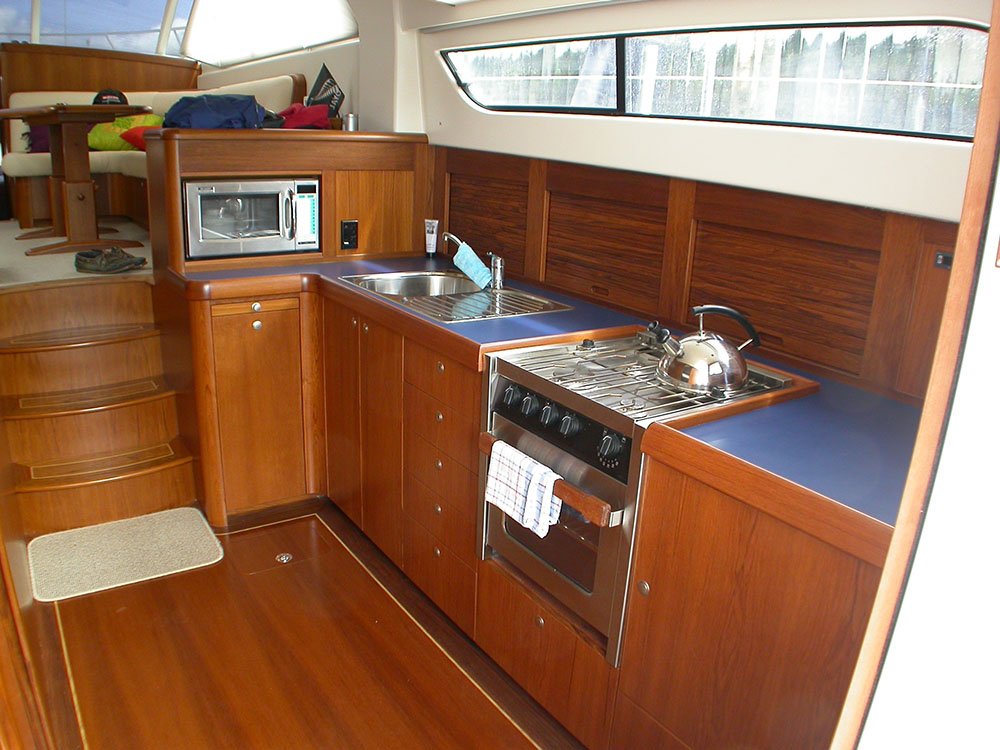 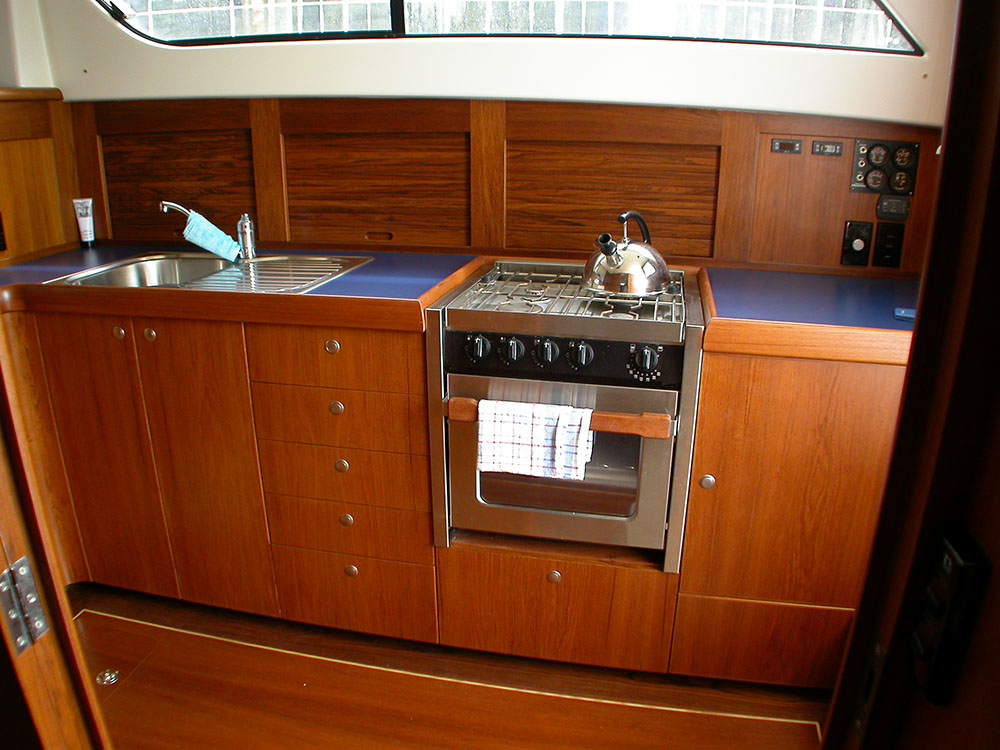 A wide-body version of the popular Elite 14 metre Mid Pilothouse, Vacanza is the result of 16 years of design evolution that has lead to the designer Bill Upfold claiming it is probably his best hull shape to date.

Vacanza has all the features which make the Elite Mid Pilothouse such a popular and user friendly design. The ease of access to the pilothouse, which is reached via a few easy steps rather than the typical ladder, turns the helm station into another living area, meaning the helmsman is not isolated as is often the case on flybridge boats. The separate dinette and saloon areas create space for different groups, while the electric window between the dinette and cockpit accentuates the indoor-outdoor flow. The three cabin, two head accomodation, including a large master cabin with ensuite, provides unparalleled comfort and privacy.

Vacanza also has the addition of a large teak boarding platform with quarter rails providing for added fishing space and ease of boarding.