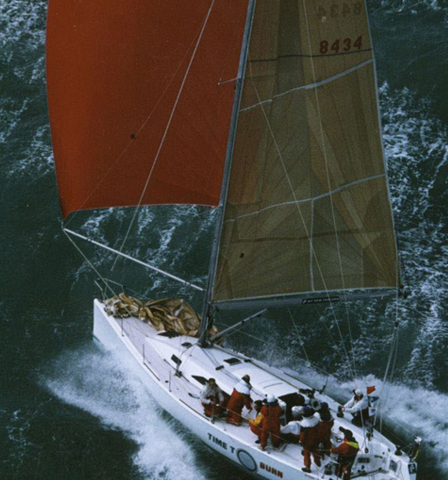 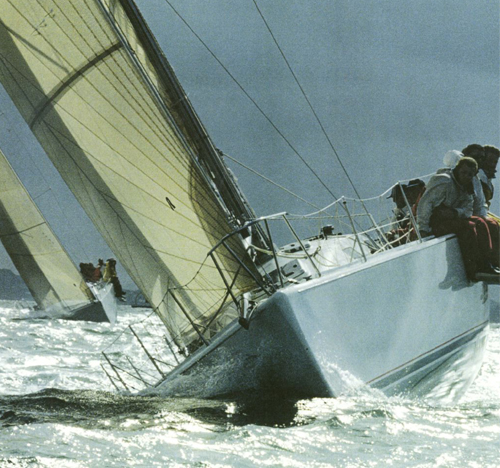 New Zealand IMS Champion in 1997 and 1998 and first 40 footer in the 1999 Around the North Island race. Time to Burn is an extremely successful design that has captured positive and admiring comments wherever she has traveled. The race results have been particularly pleasing given the considerable concessions made to cruising. In particular, Time to Burn's performance in the 40' division in the ""Around the North Island Race"" was particularly impressive.

Exceptional performance in the light, easy to control in the heavy, as can be seen in the shot of her surfing across the Hauraki Gulf at 18 knots during the 1996 Air New Zealand IMS regatta.