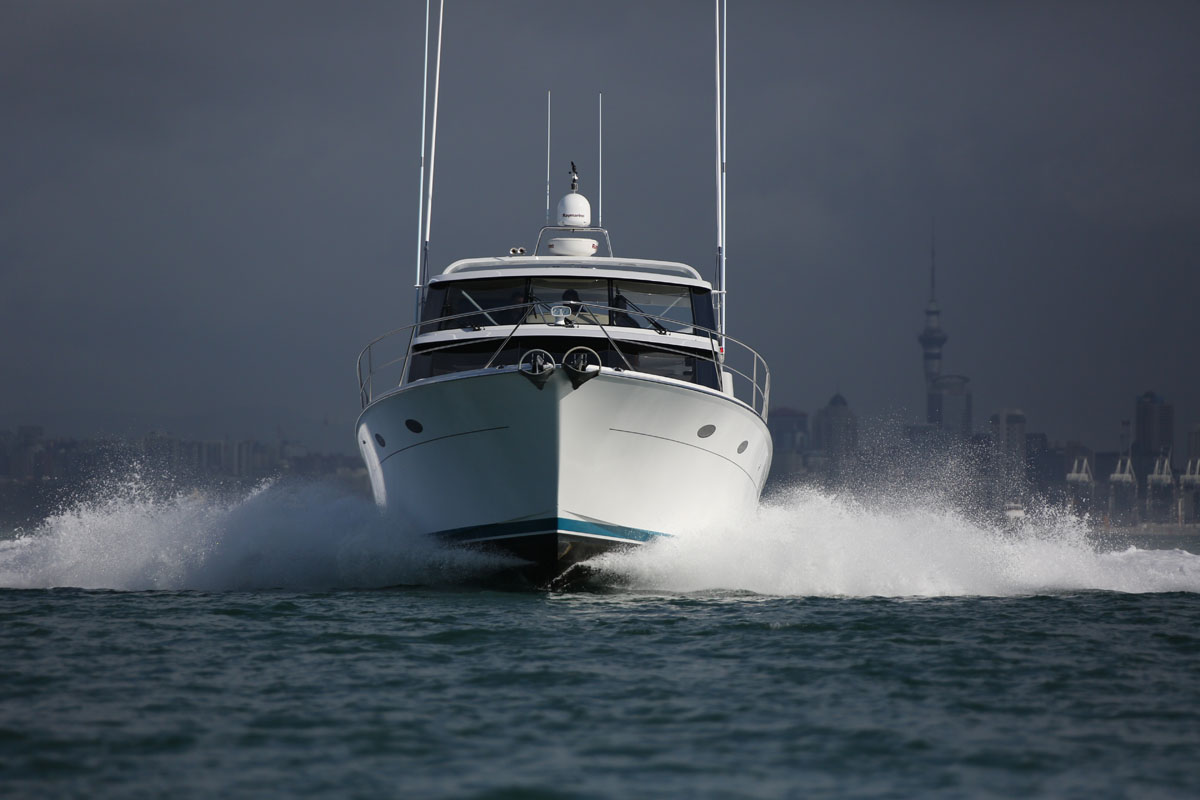 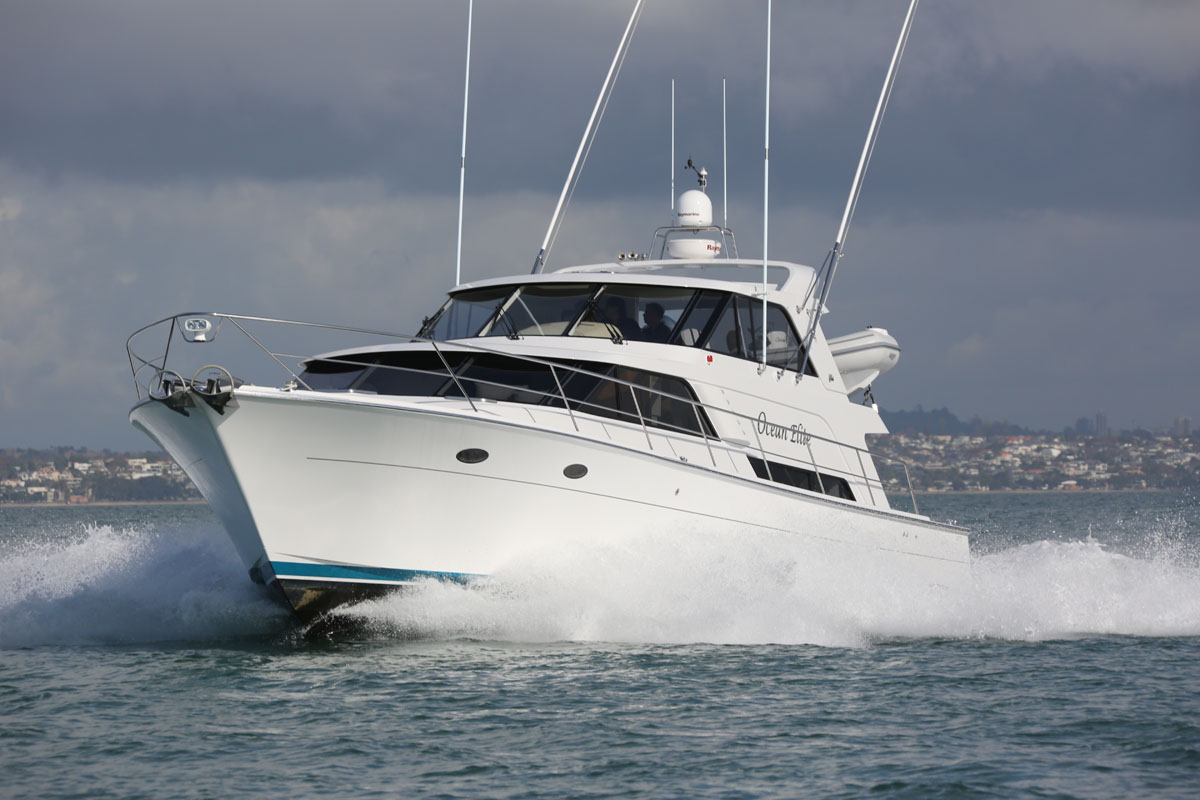 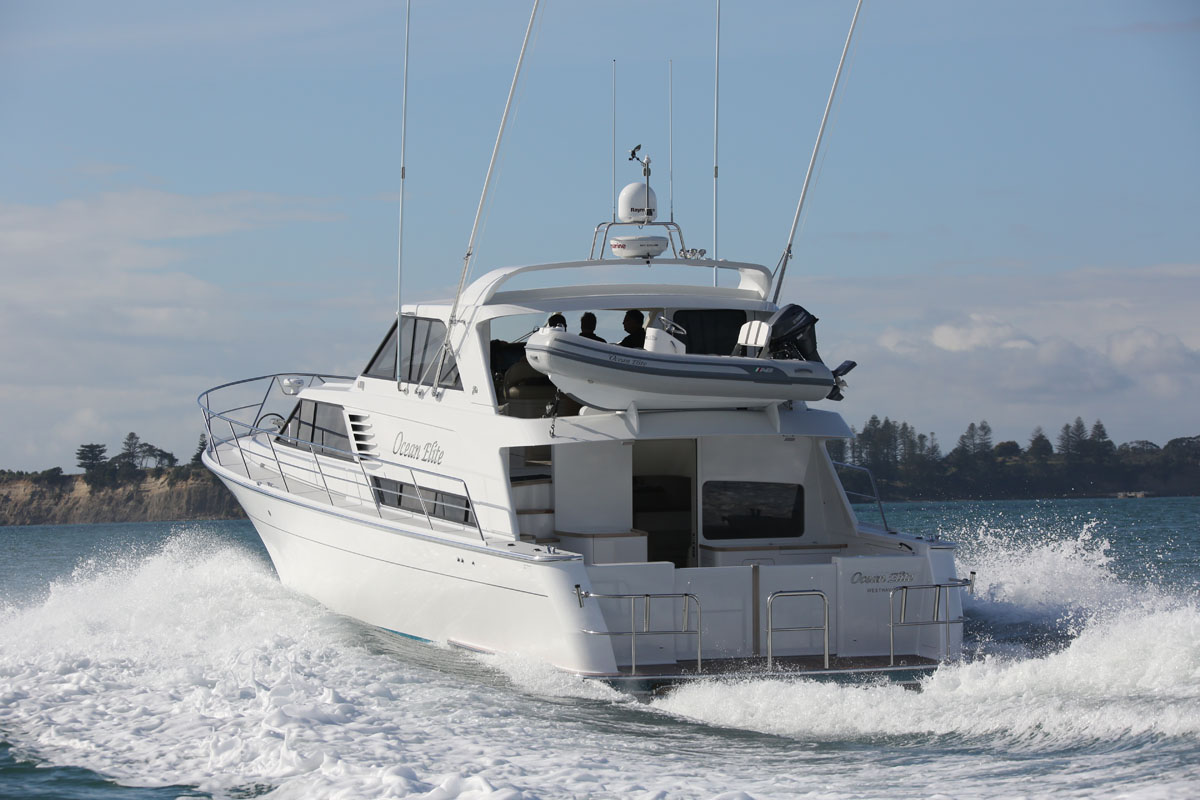 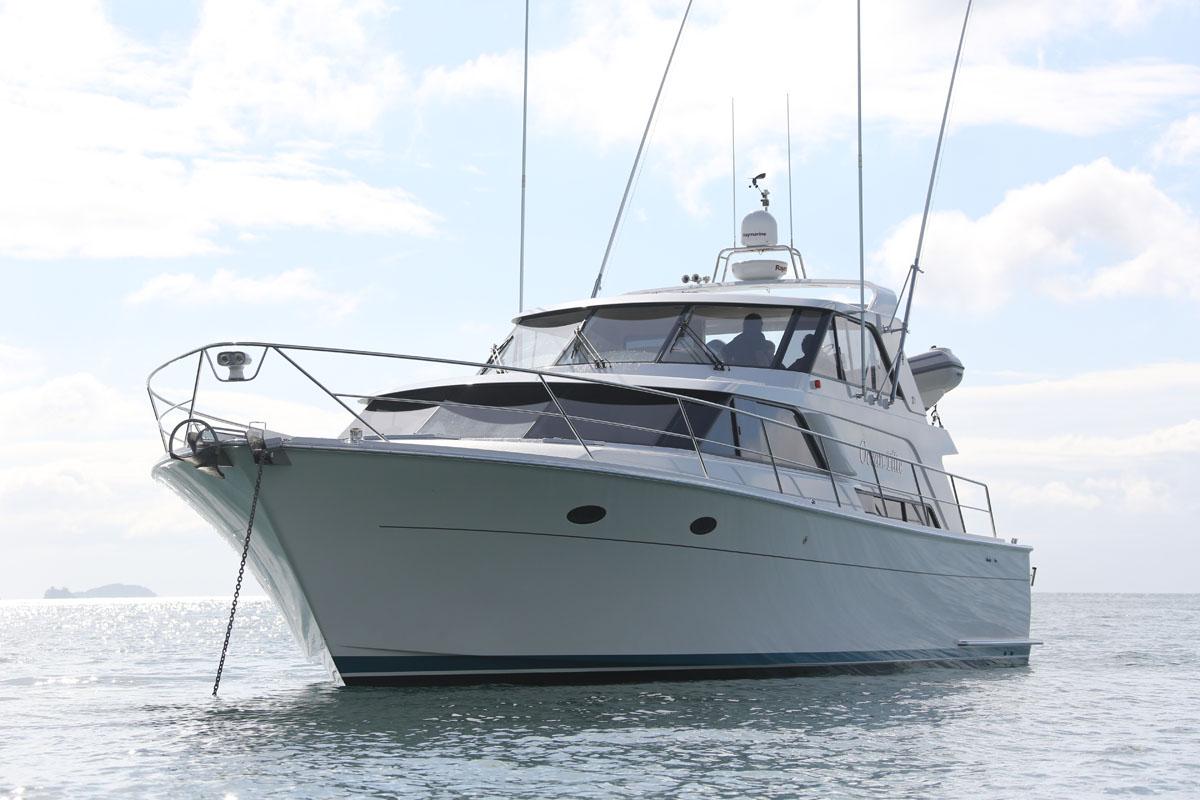 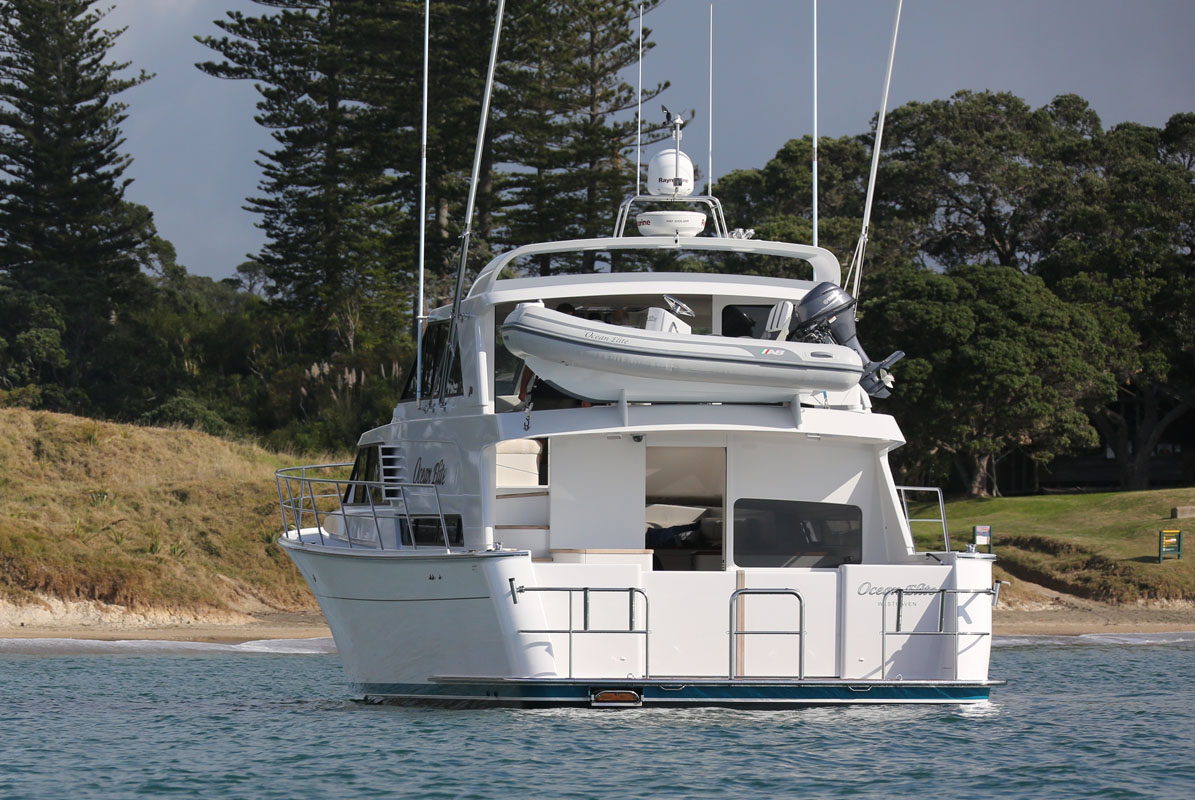 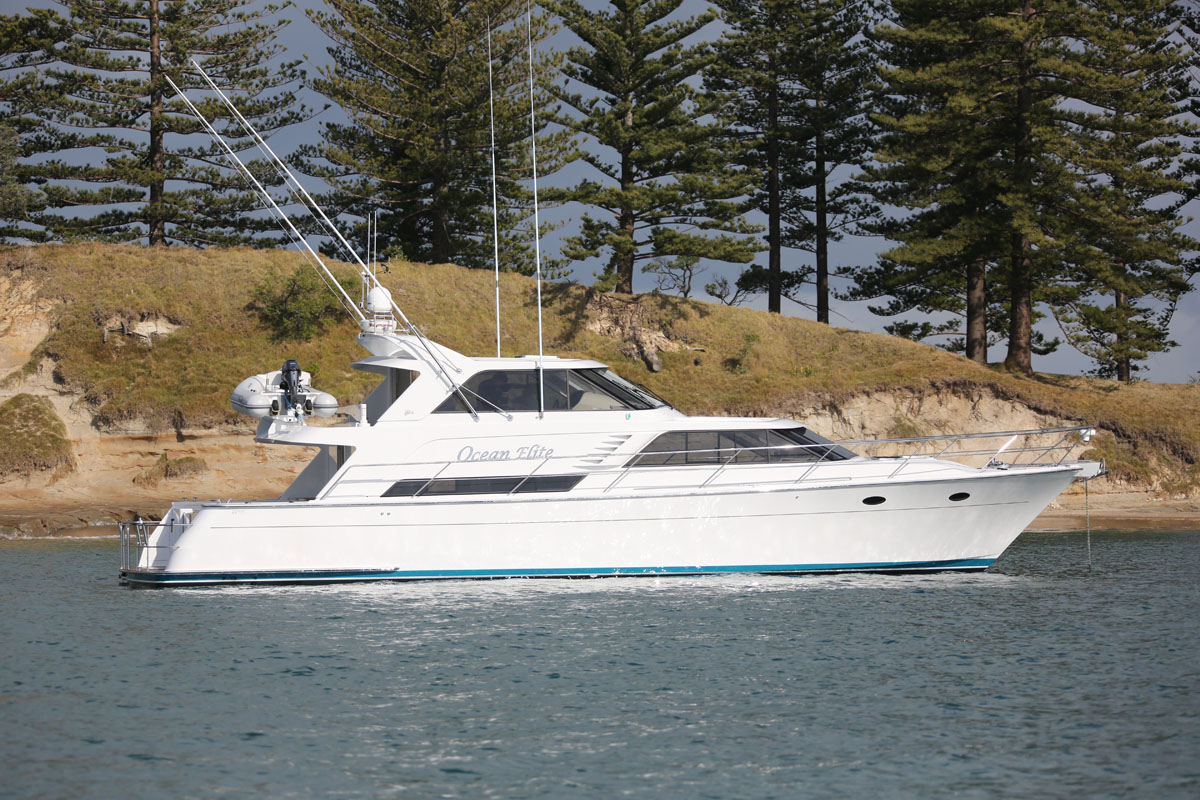 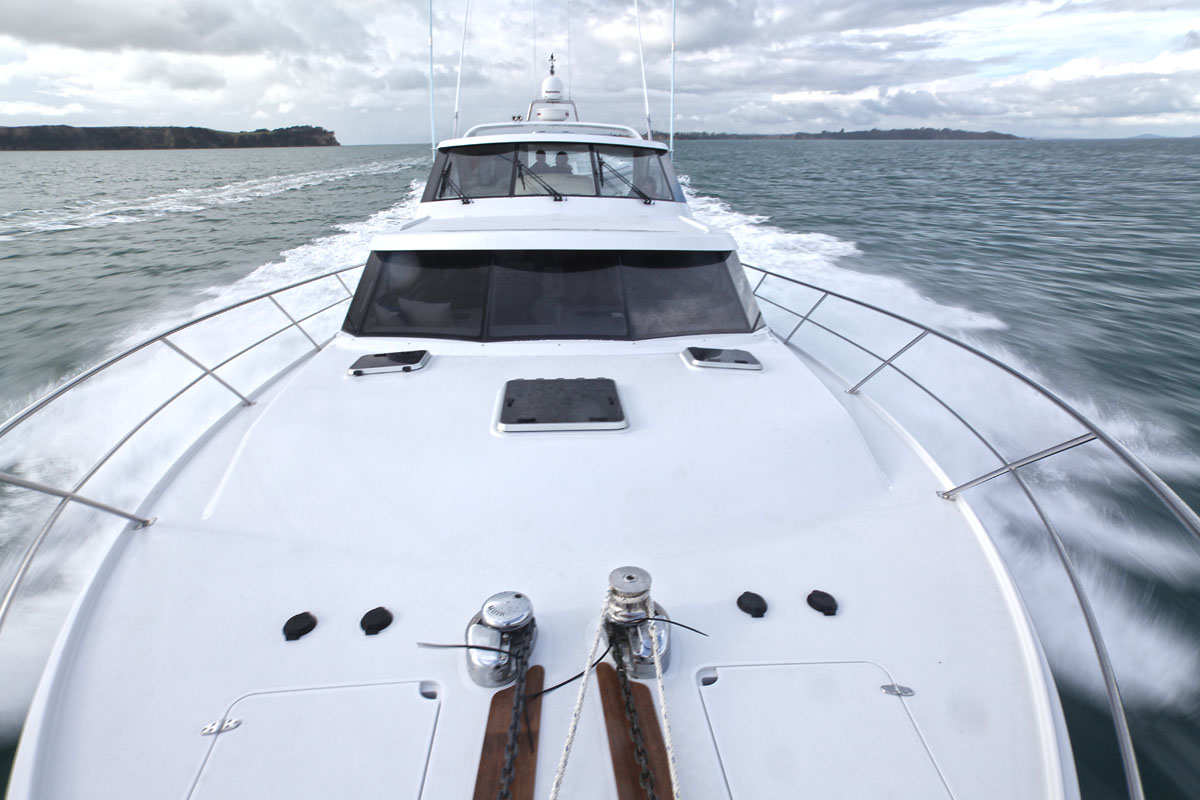 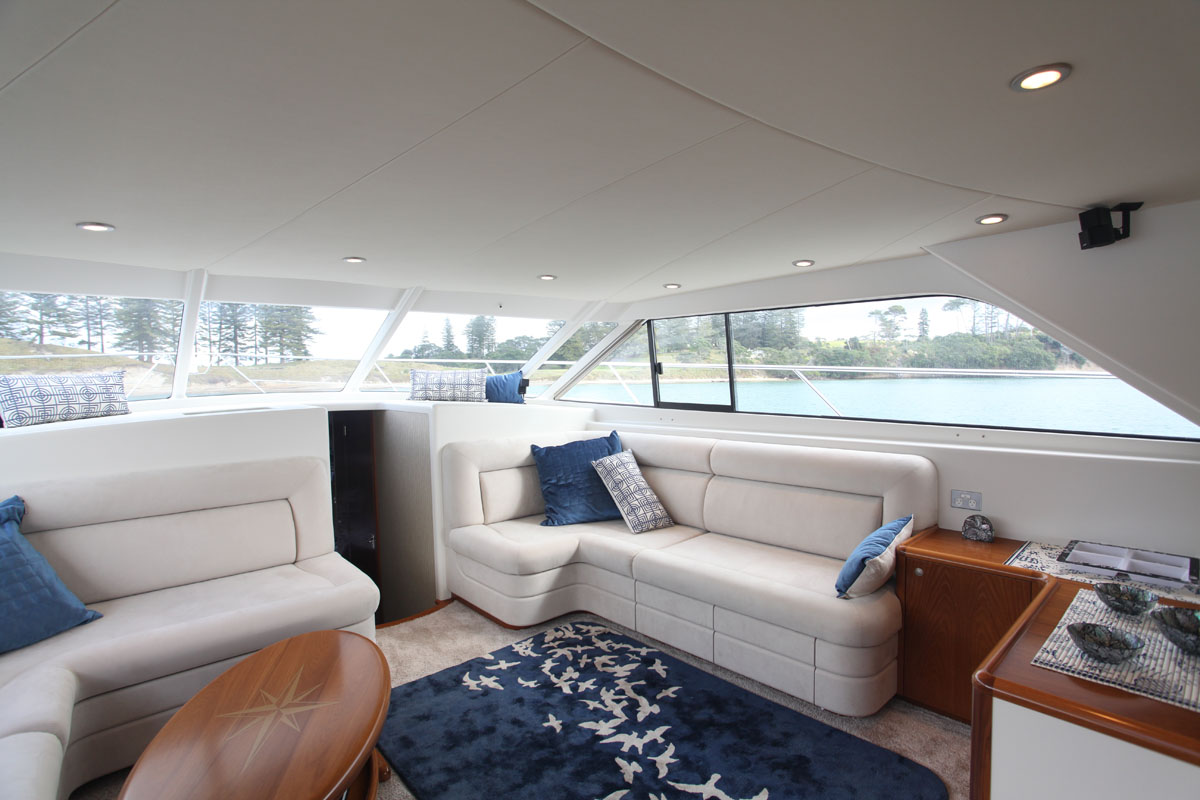 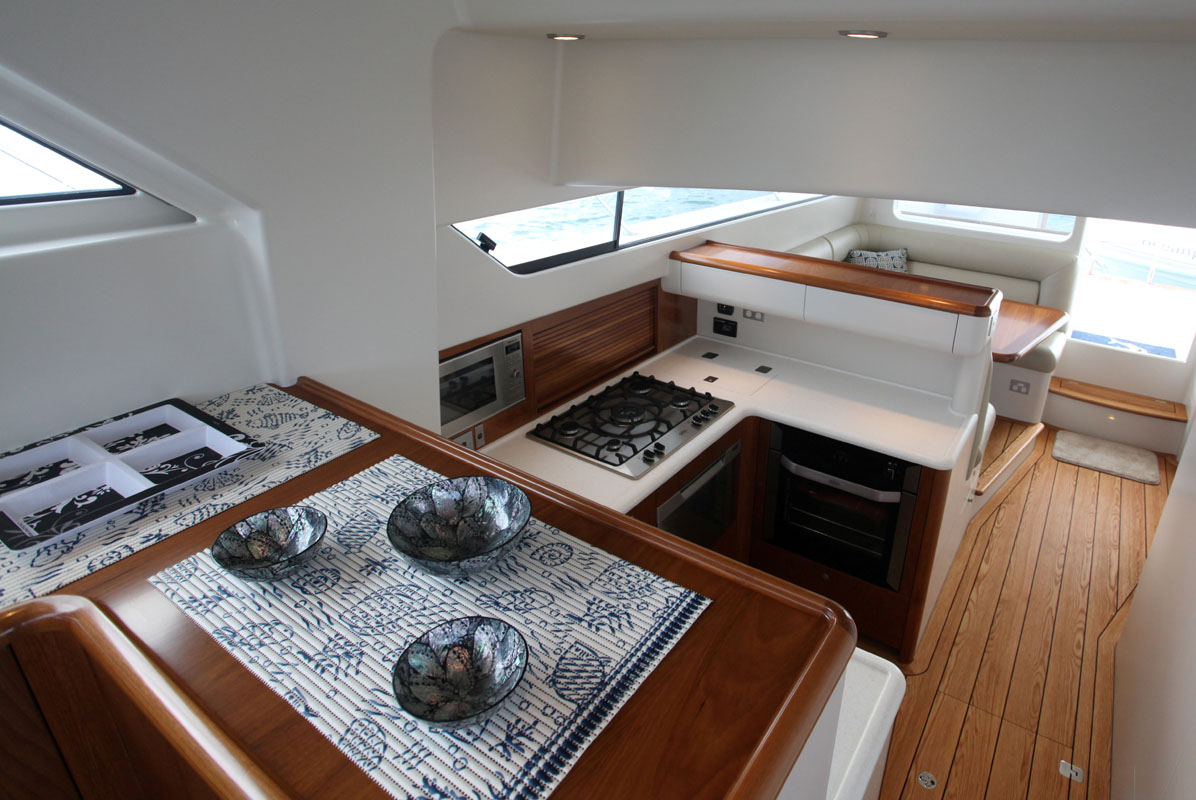 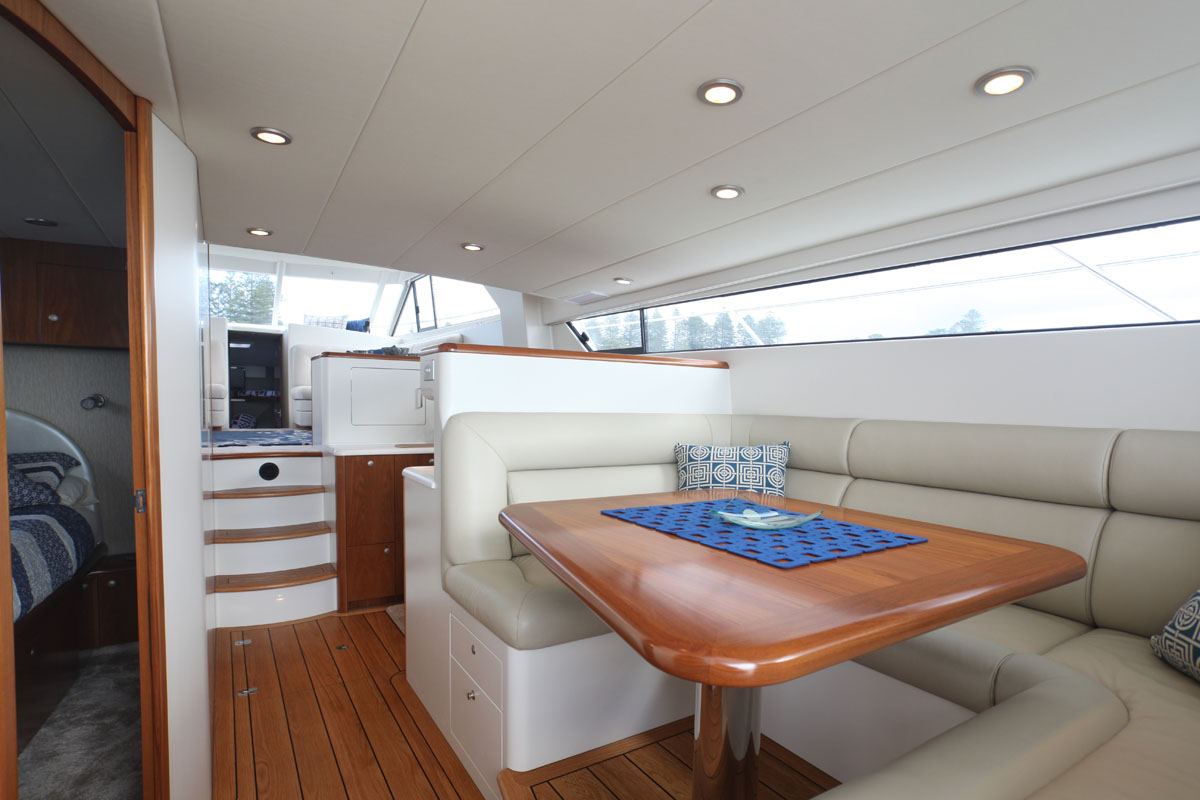 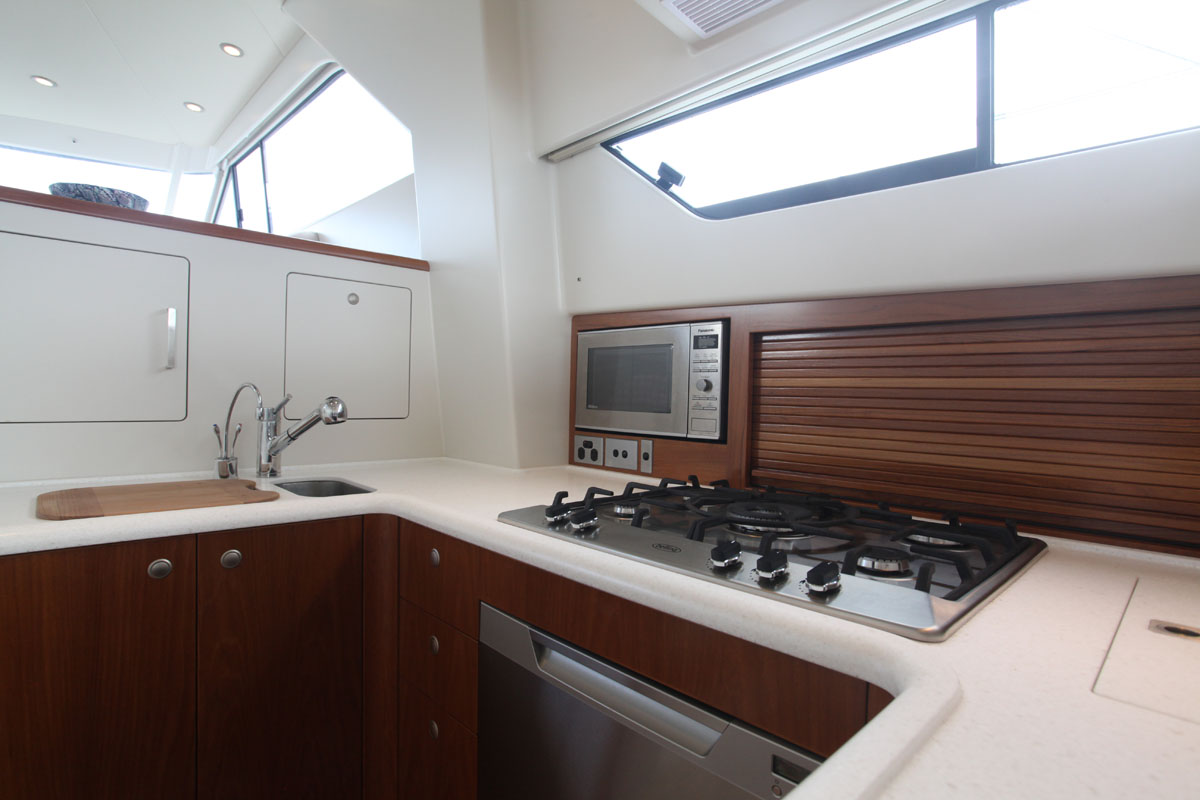 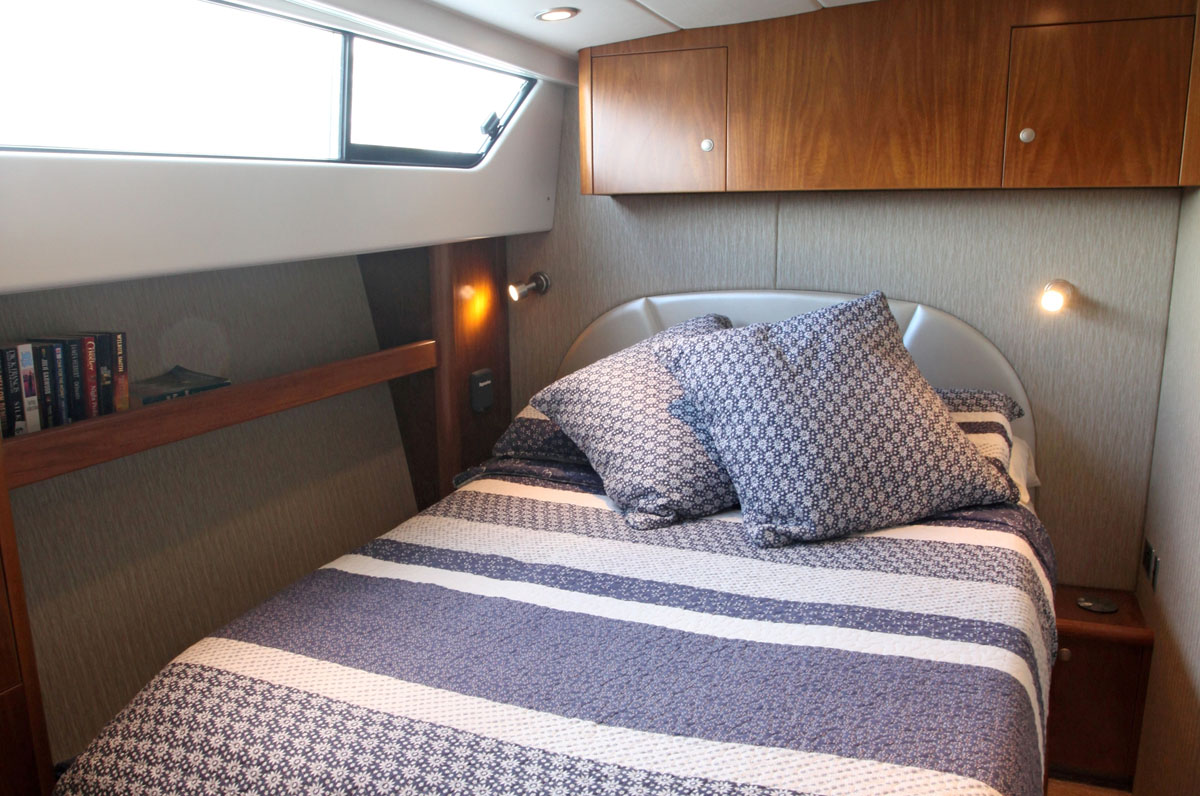 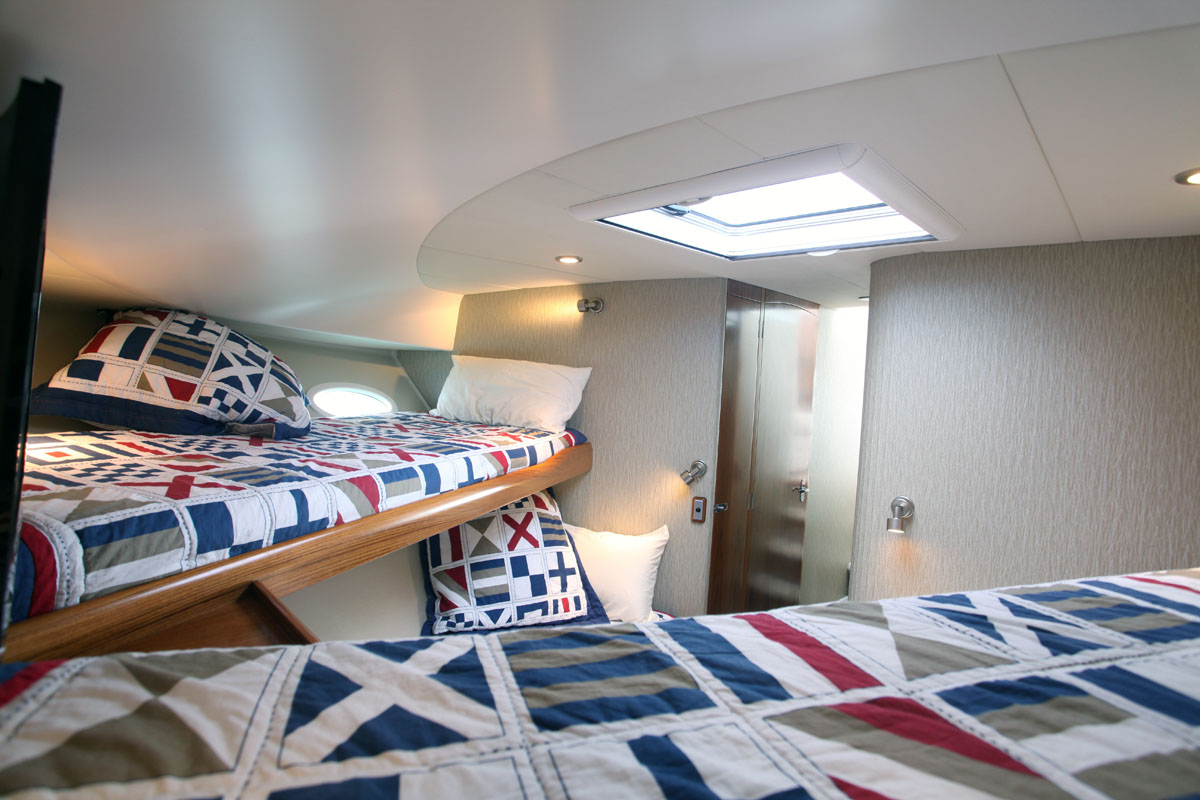 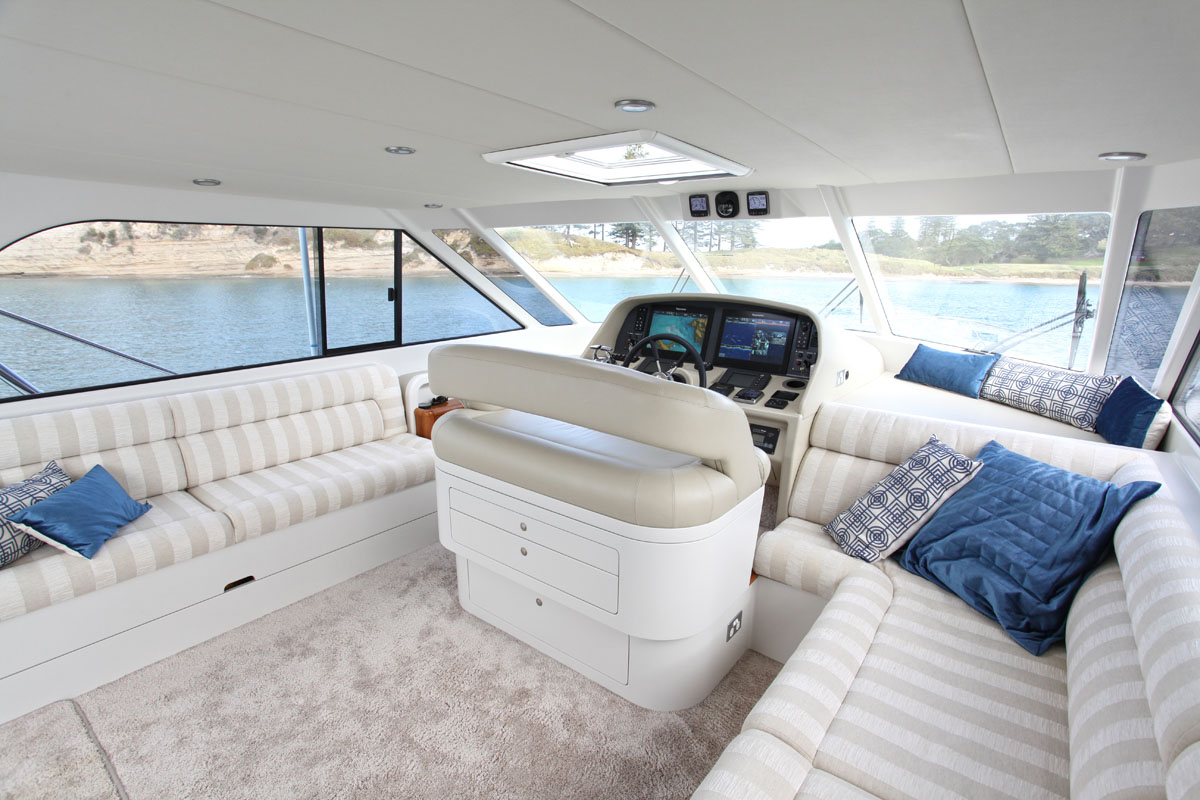 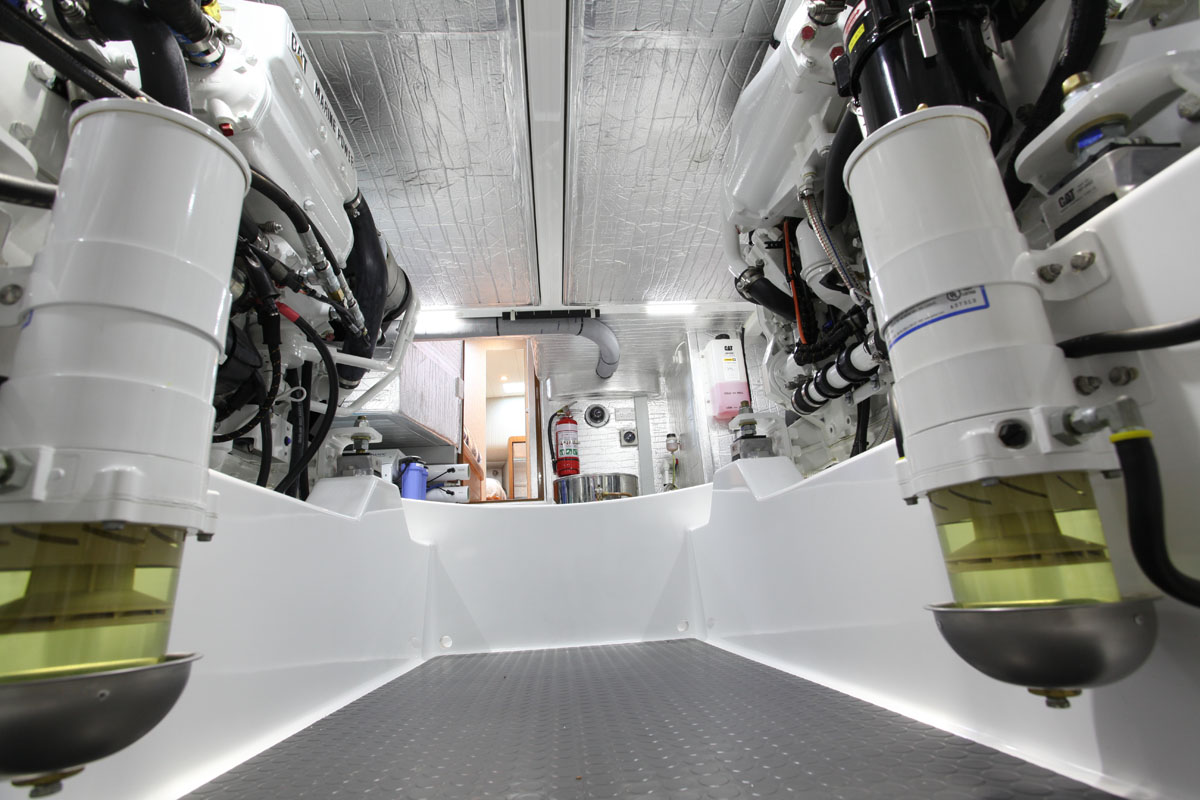 Ocean Elite was launched in November 2013 and is number 49 in our long line of Elite projects, which stretch back to the 13.5m Alodium commissioned in 1997. The second Elite for these owners, Ocean Elite also shares many design traits with Kudos which we launched in 2003.

Ocean Elite has all the features which make the Elite Mid Pilothouse such a popular and user friendly configuration. The ease of access to the pilothouse, which is reached from the saloon or cockpit via a few easy steps rather than the usual ladder in flybridge boats, turns the helm station into another living area, meaning the helmsman is not isolated as is often the case on flybridge boats. The separate dinette and saloon areas create space for different groups, while the electric window between the dinette and cockpit accentuates the indoor-outdoor flow. The three cabin, two head accommodation, including a large master cabin with ensuite, provides unparalleled comfort and privacy.

Ocean Elite also features many owner-driven custom design details, from the twin anchor winch set up to the instant boiling water system, and all the other personal touches made possible with the freedom of a custom build.