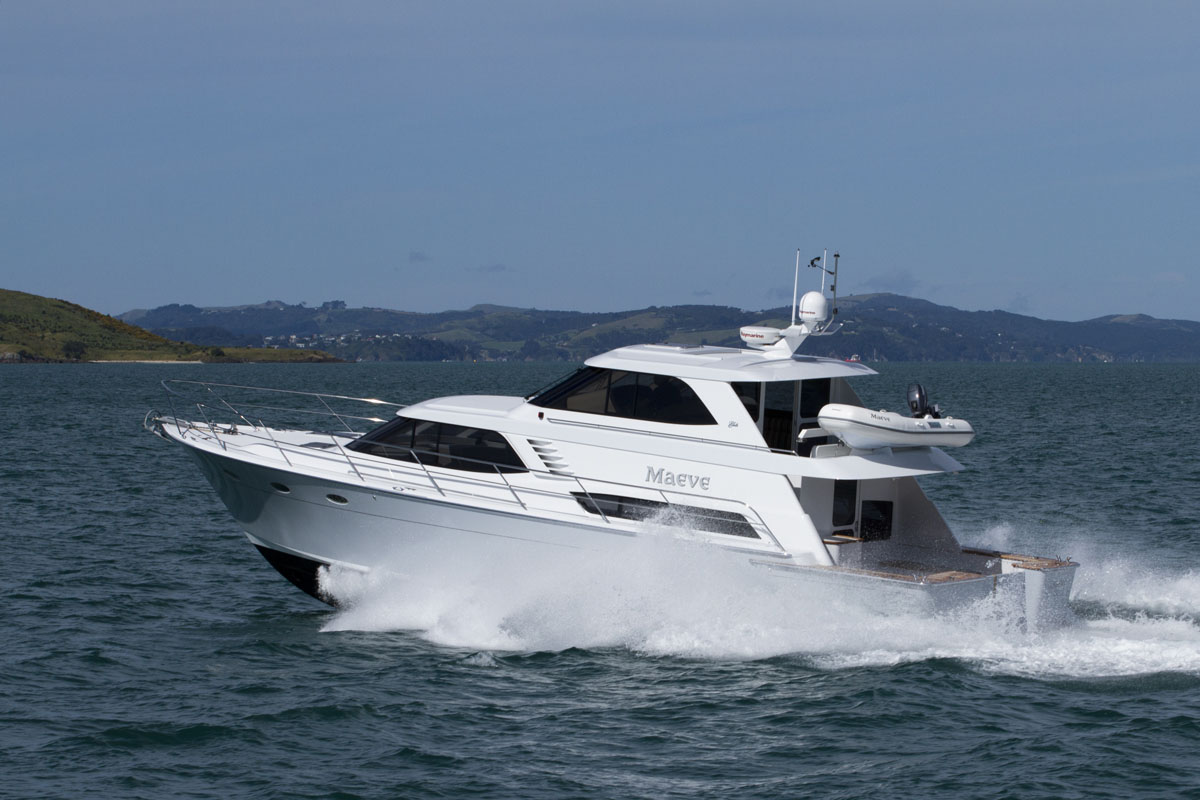 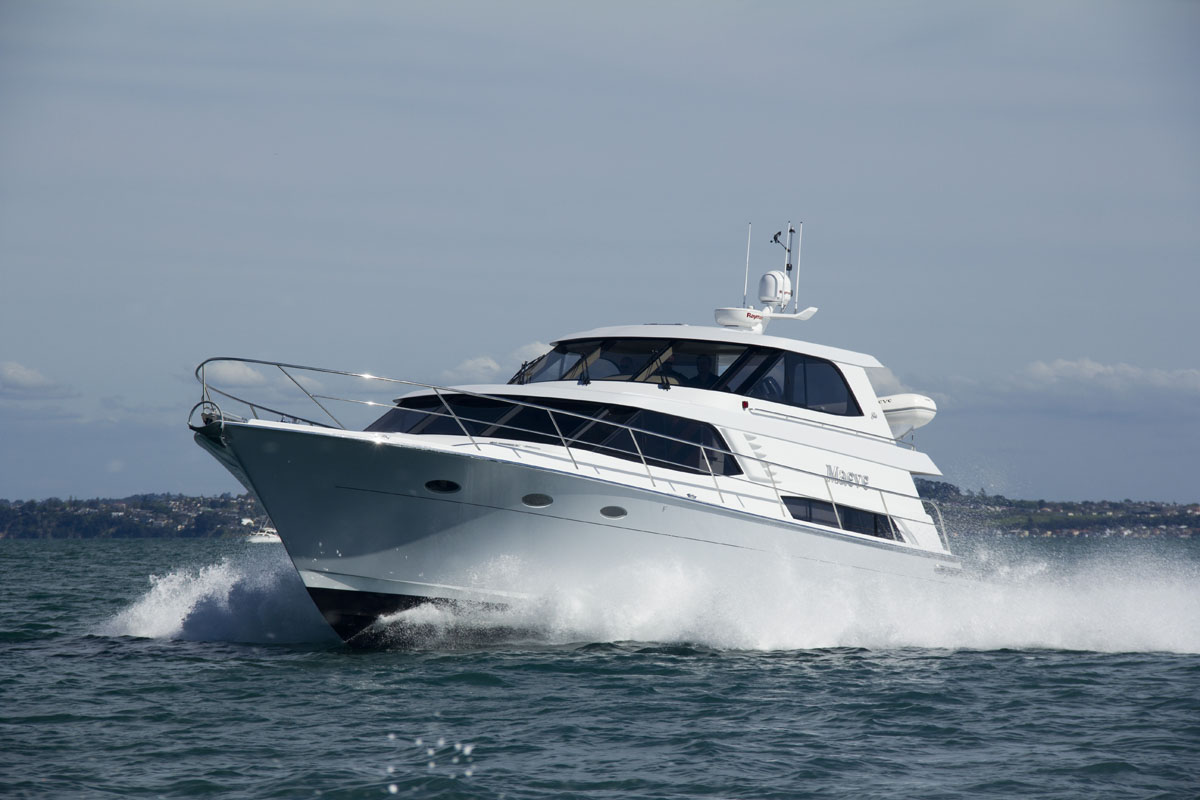 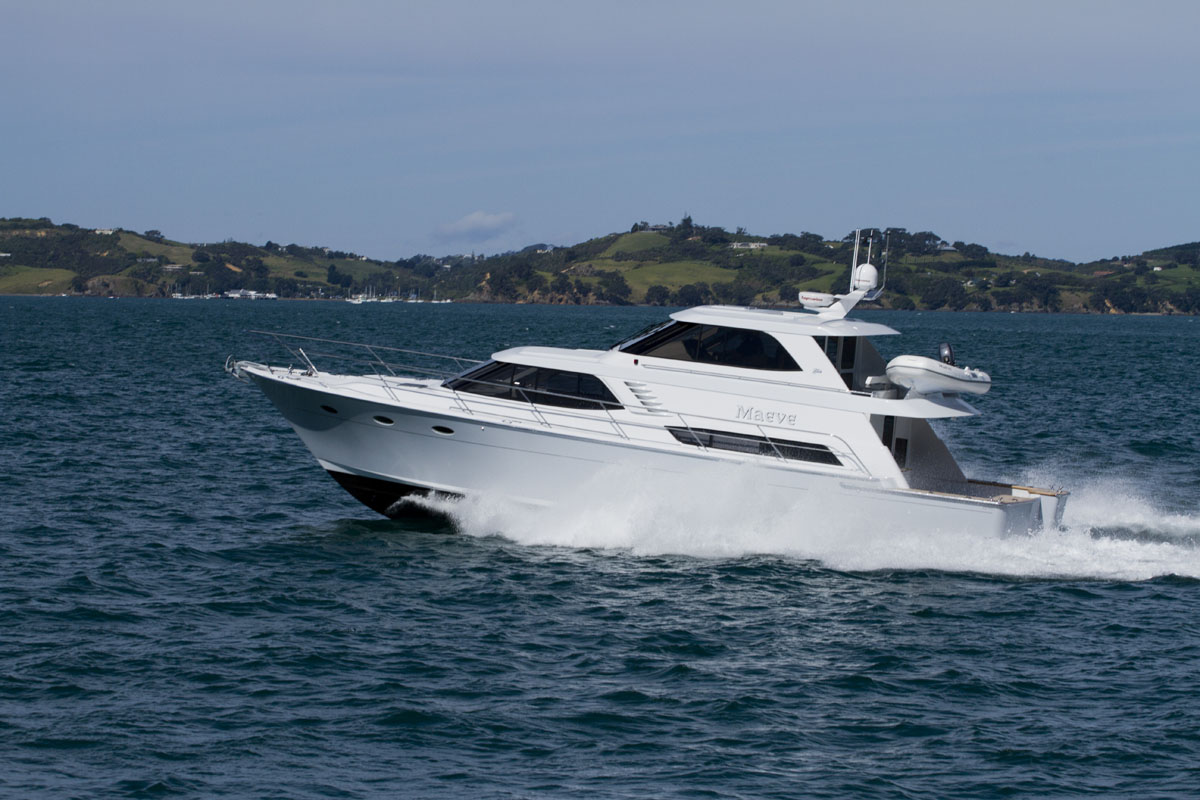 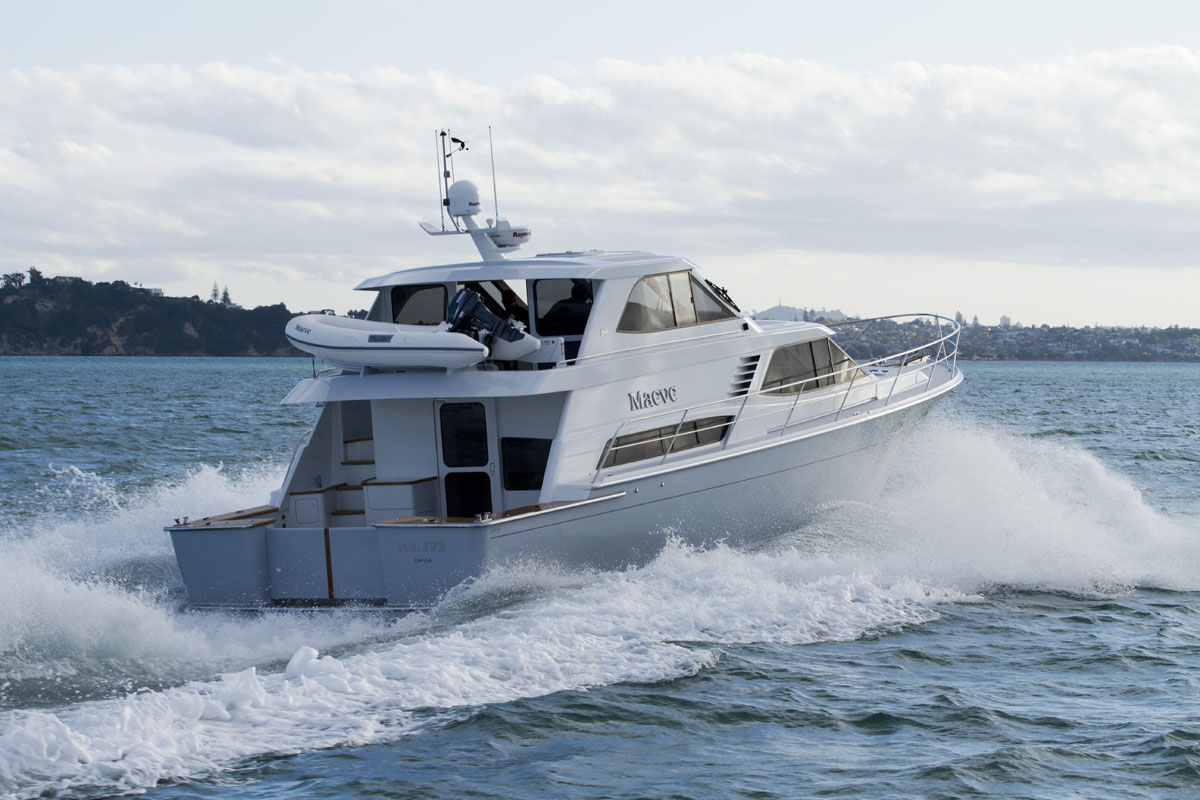 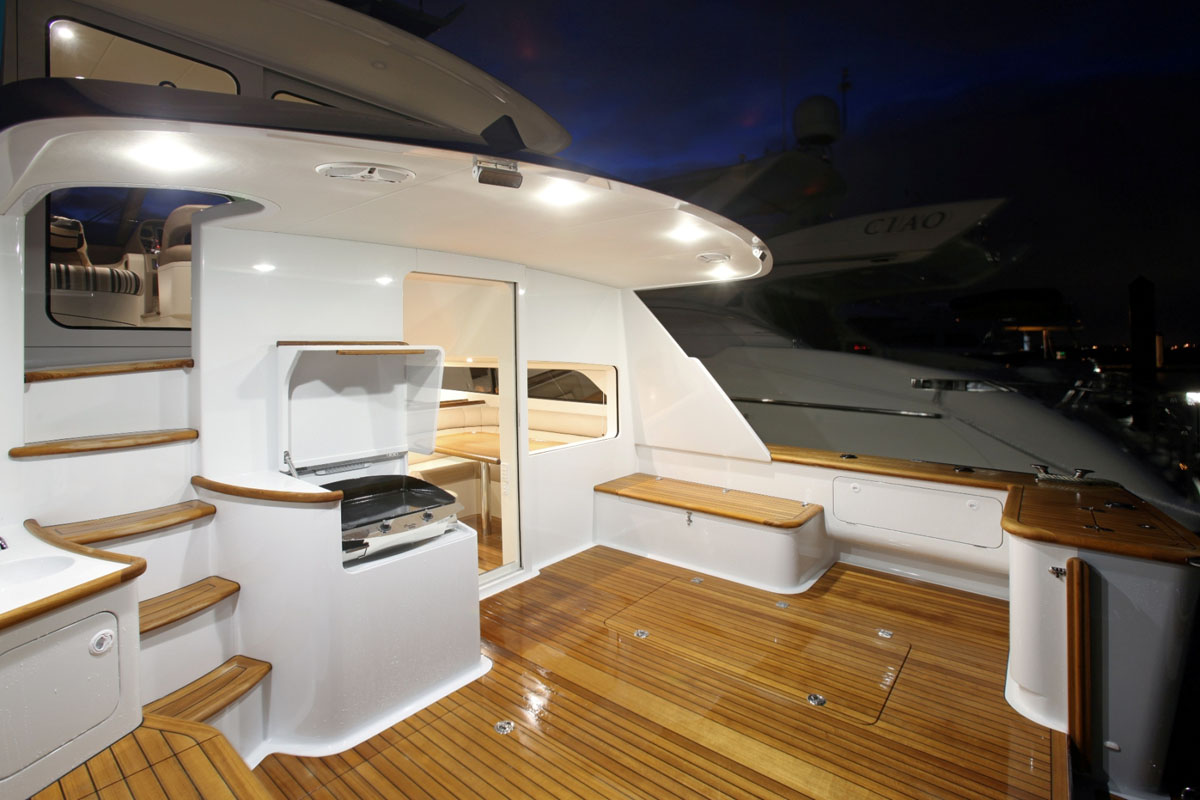 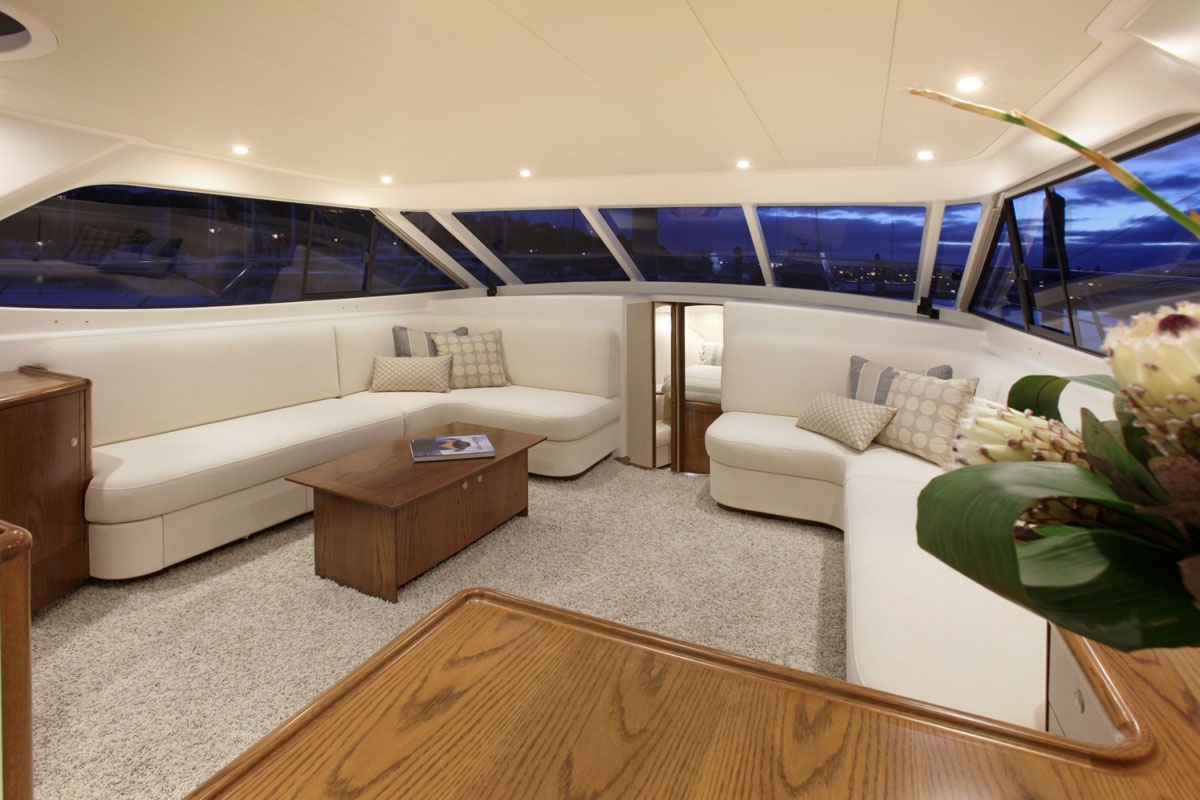 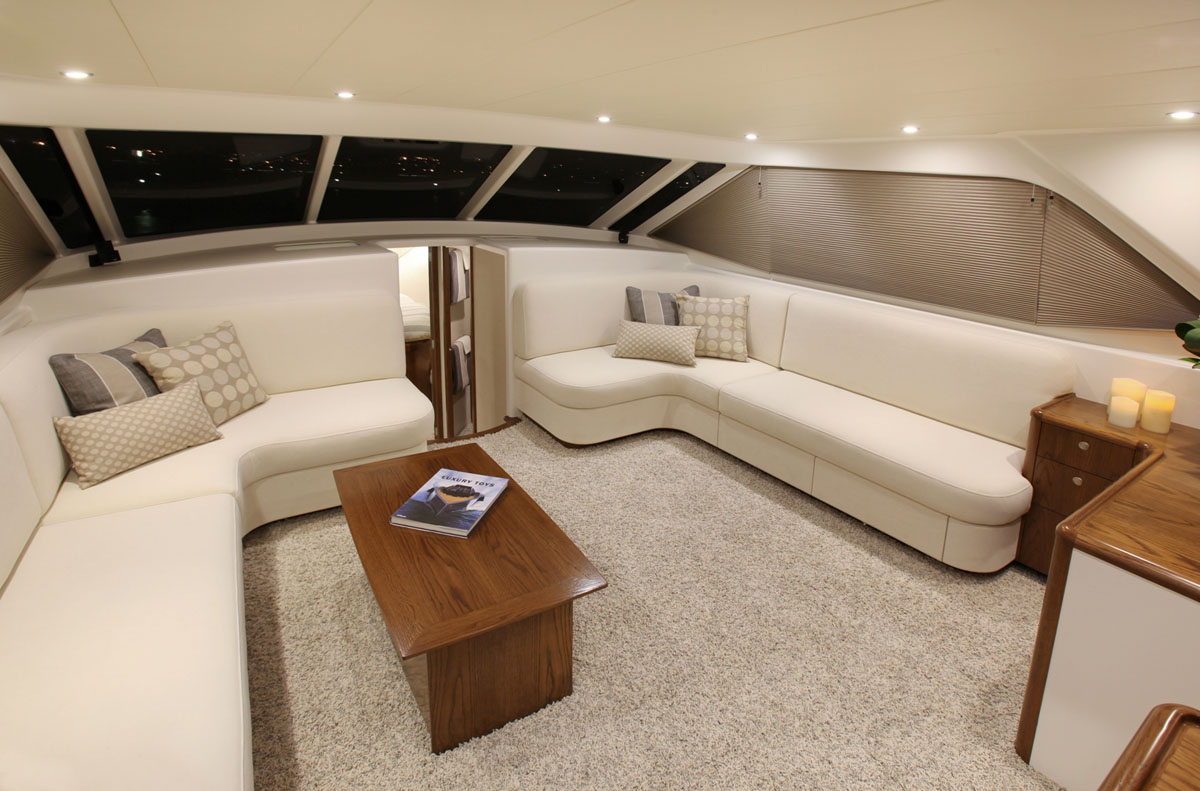 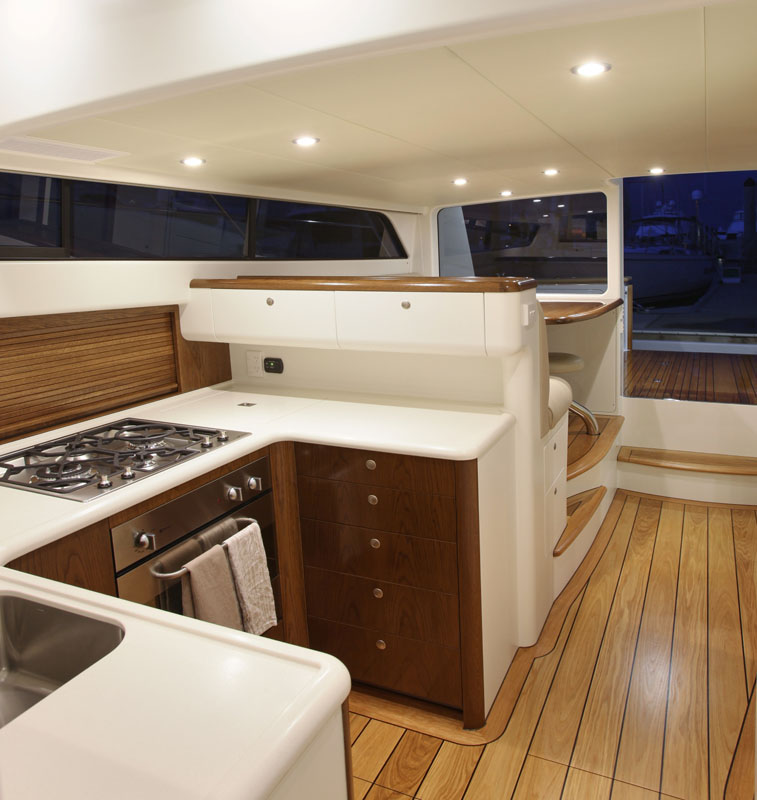 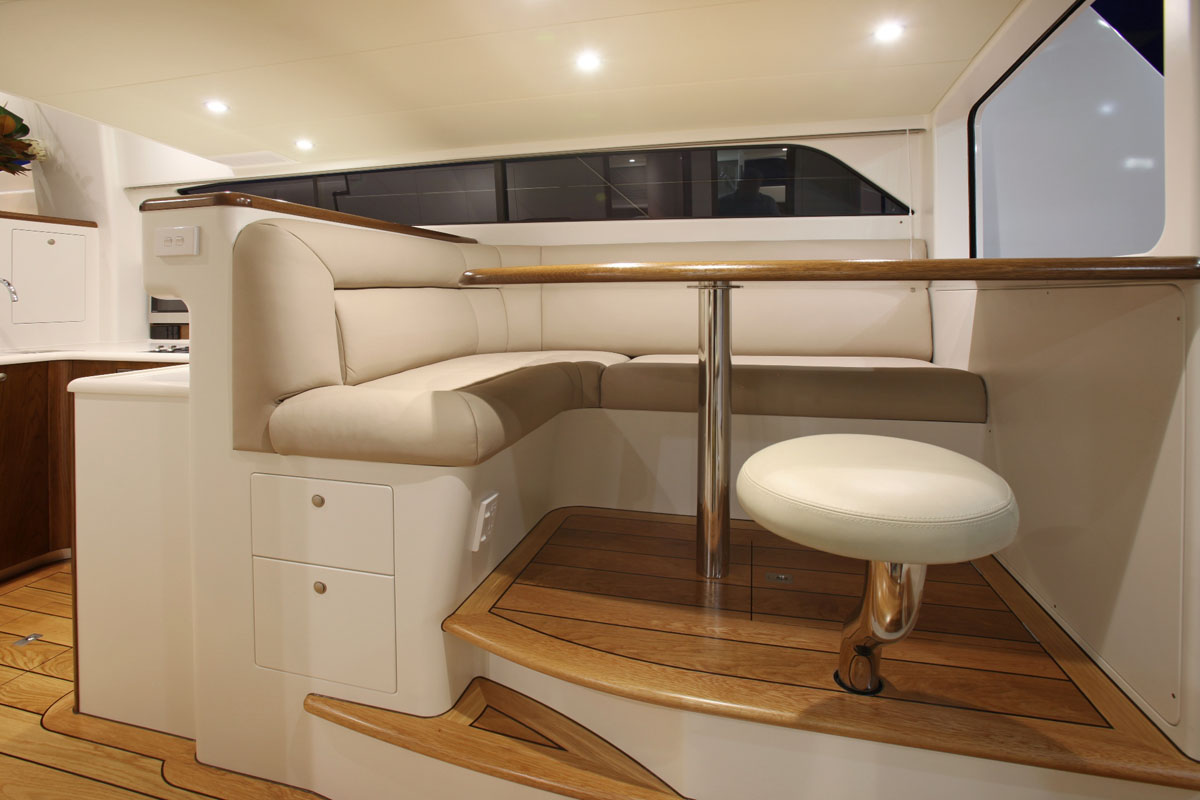 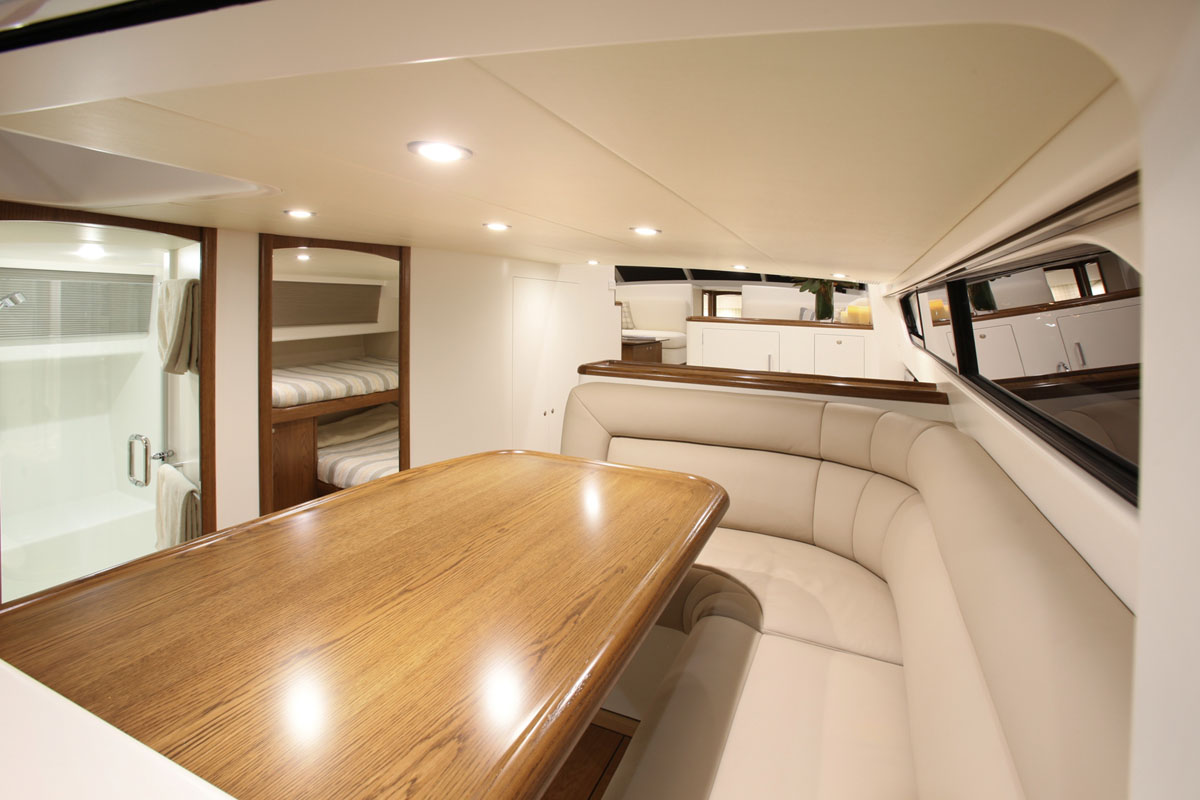 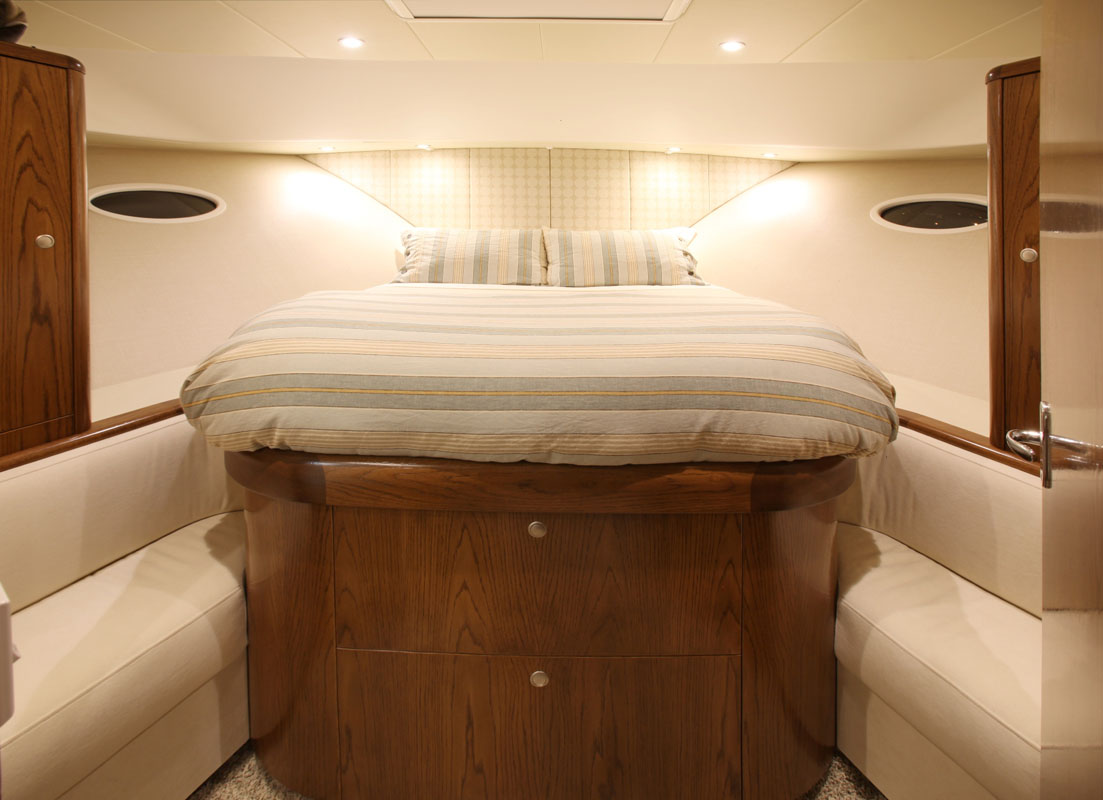 Named after the Queen of Connacht in ancient Irish mythology, Maeve means “she who intoxicates”, and with her striking grey hull and two-tone superstructure this elegant vessel certainly does.

Maeve is number 15 in the long line of Elite Motoryachts built by Lloyd Stevenson Boatbuilders, and is another stunning example of this exceptional design.

Maeve has all the features which make the Elite Mid Pilothouse such a popular and user friendly configuration; the ease of access to the pilothouse, which is reached from the saloon or cockpit via a few easy steps rather than the usual ladder in flybridge boats, turns the helm station into another living area, meaning the helmsman is not isolated as is often the case on flybridge boats. The separate dinette and saloon areas create space for different groups, while the electric window between the dinette and cockpit accentuates the indoor-outdoor flow. The three cabin, two head accommodation, including a large master cabin with ensuite, provides unparalleled comfort and privacy.