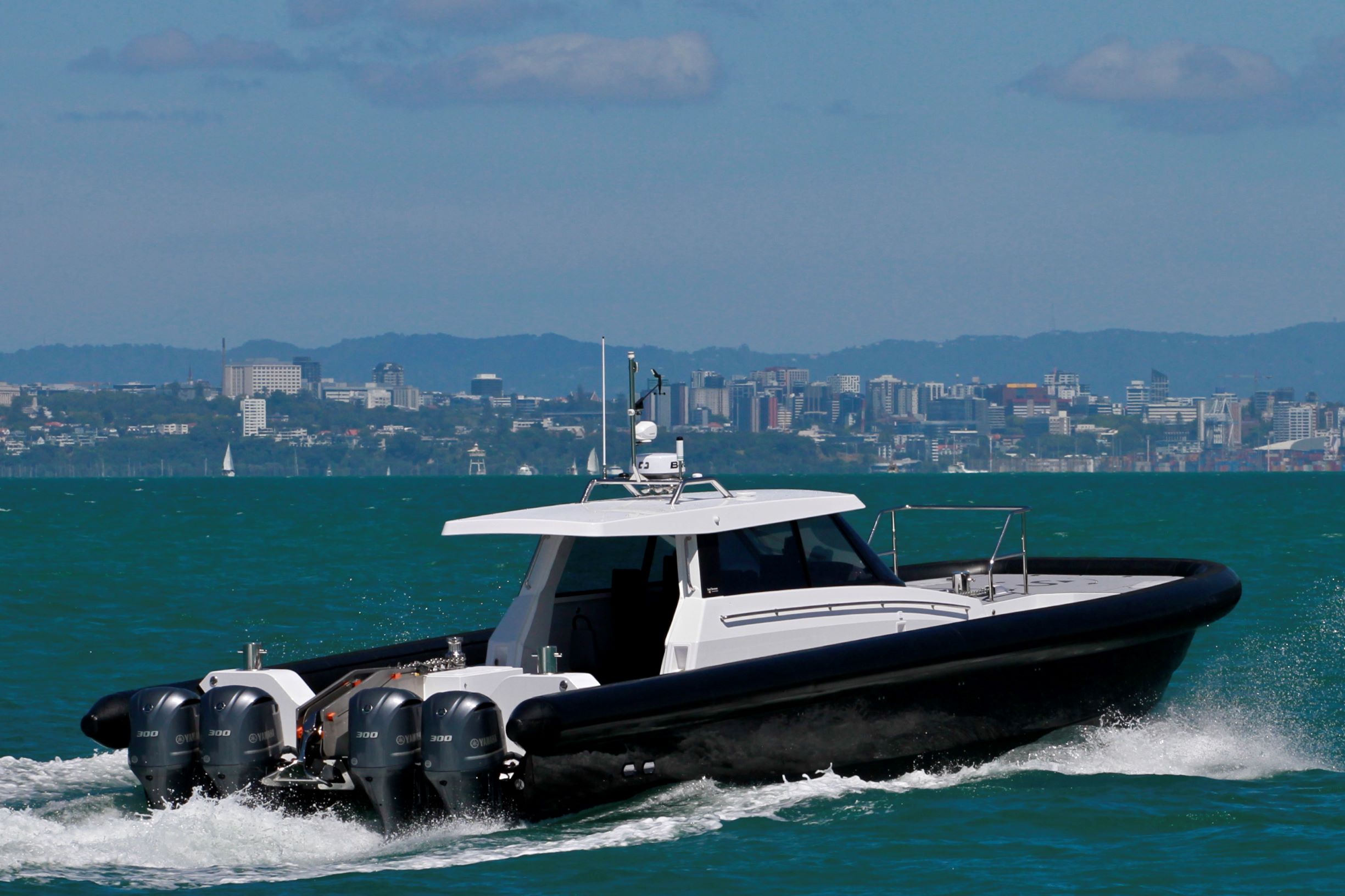 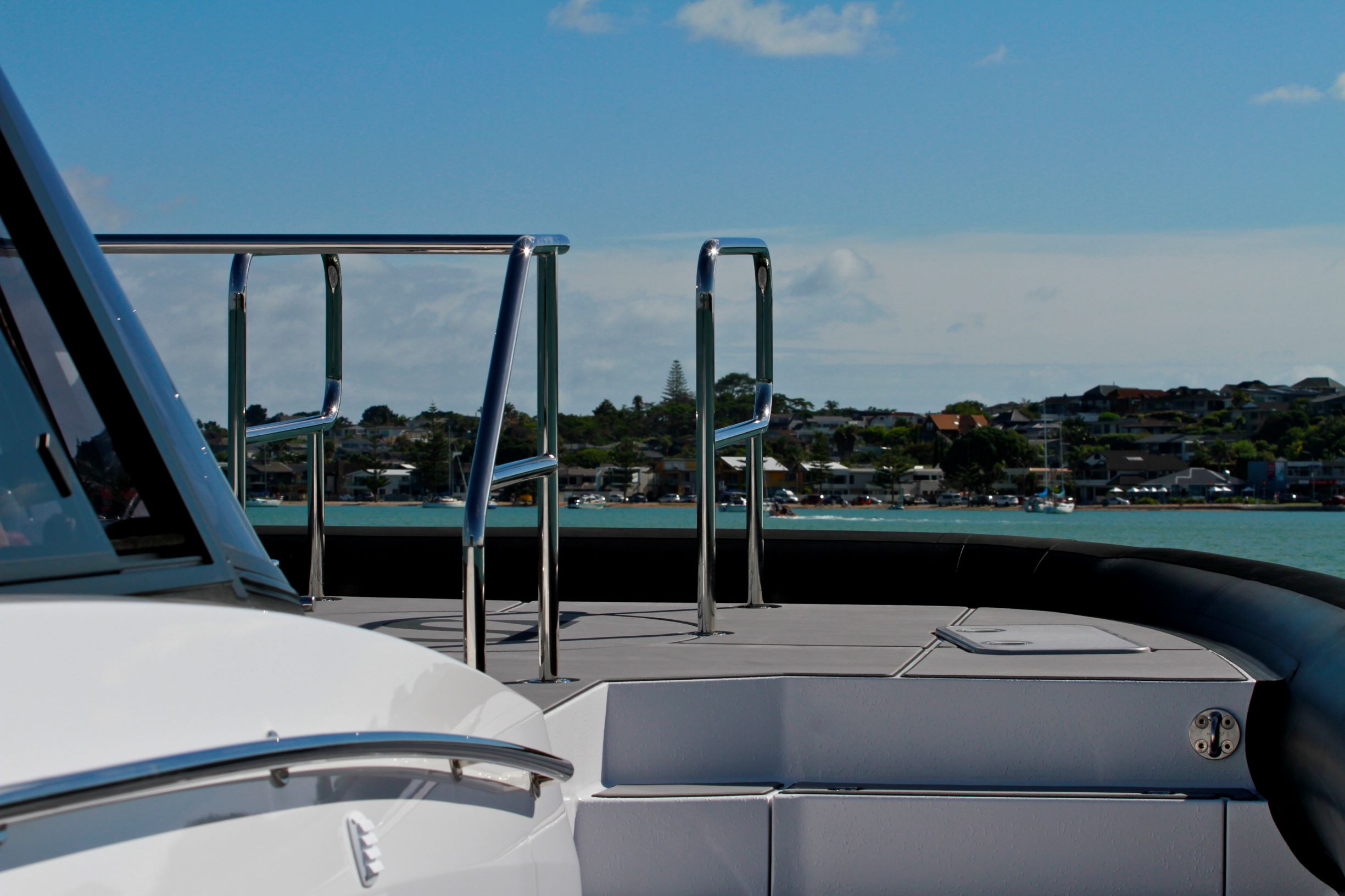 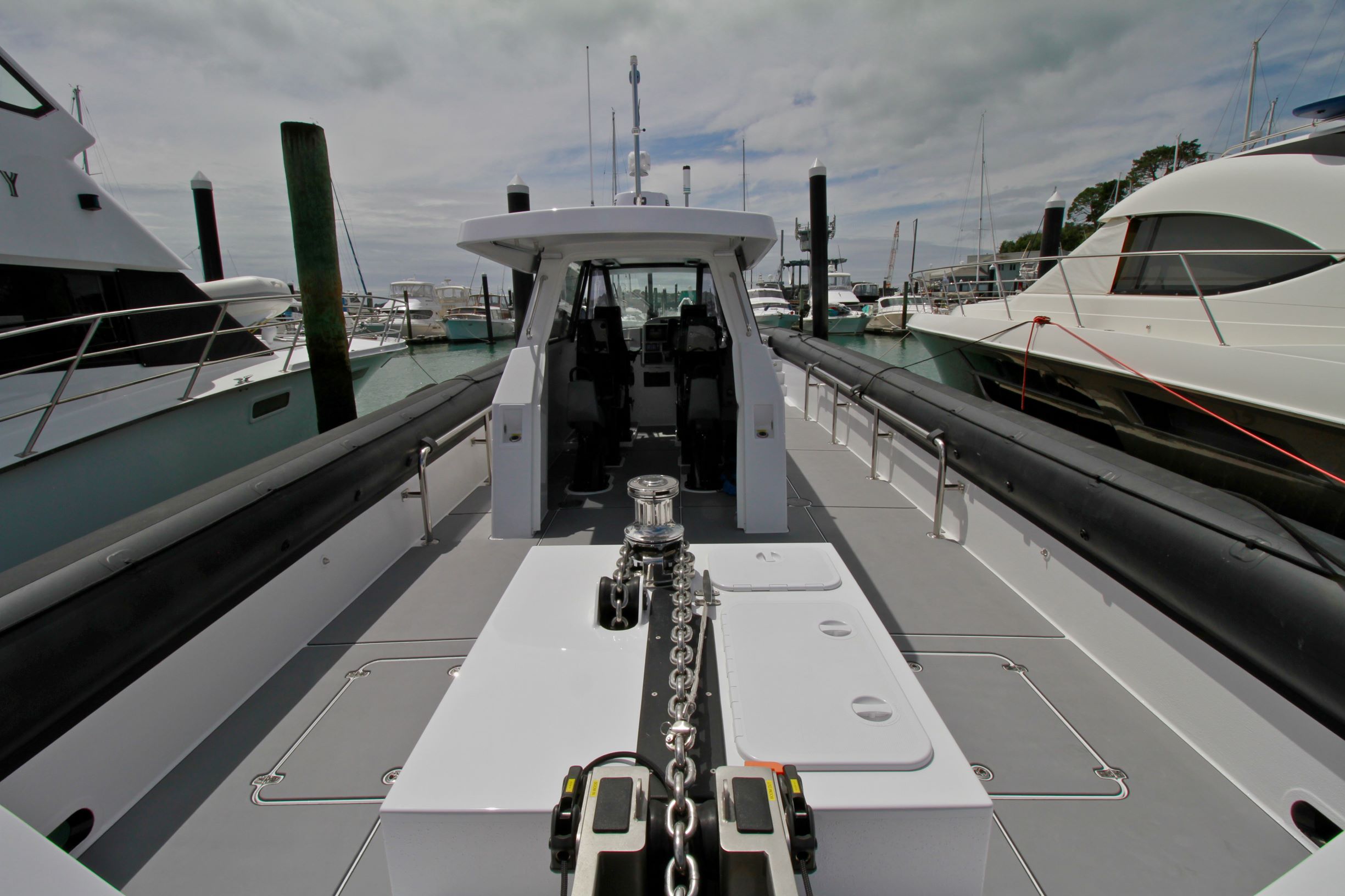 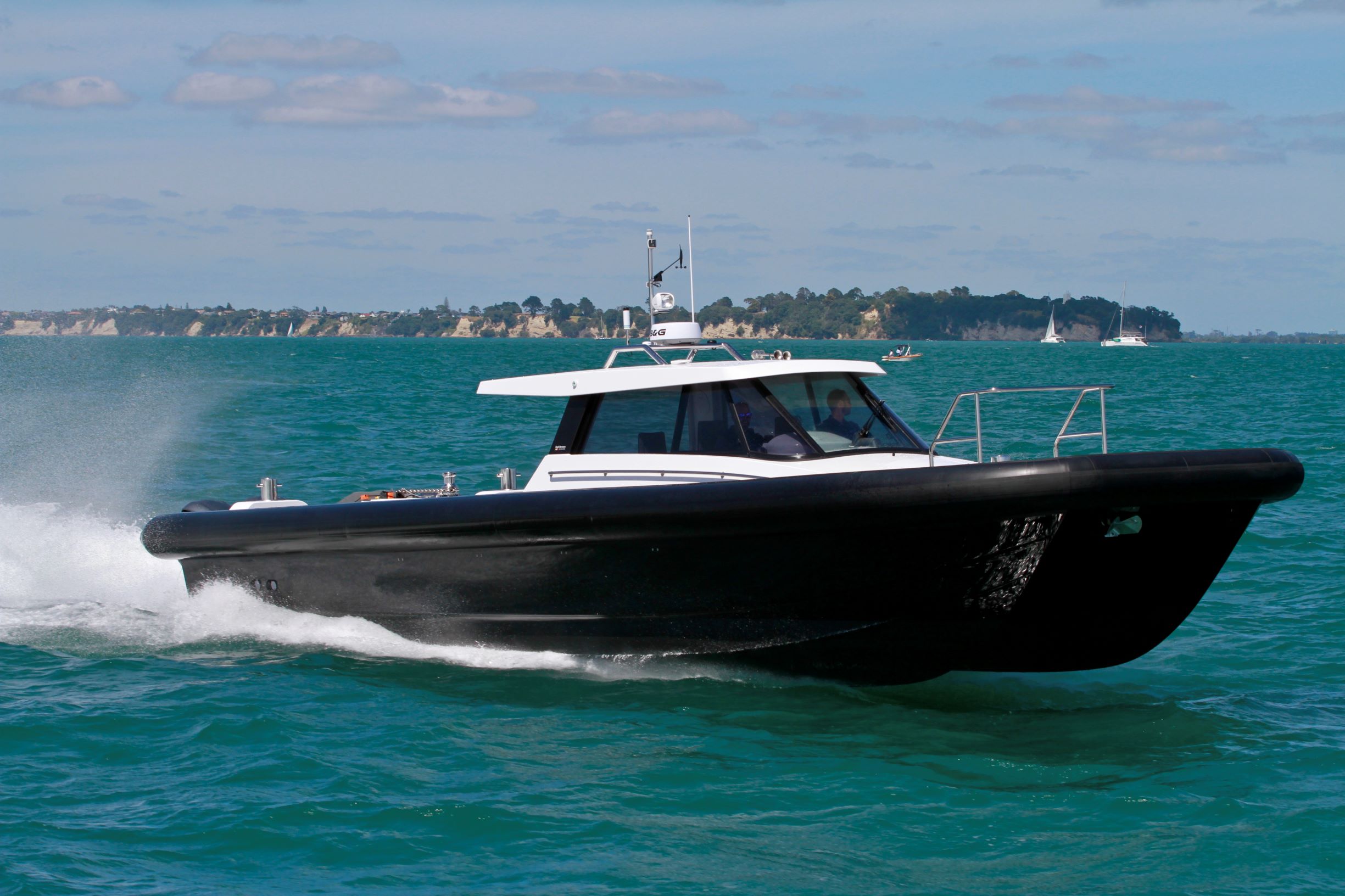 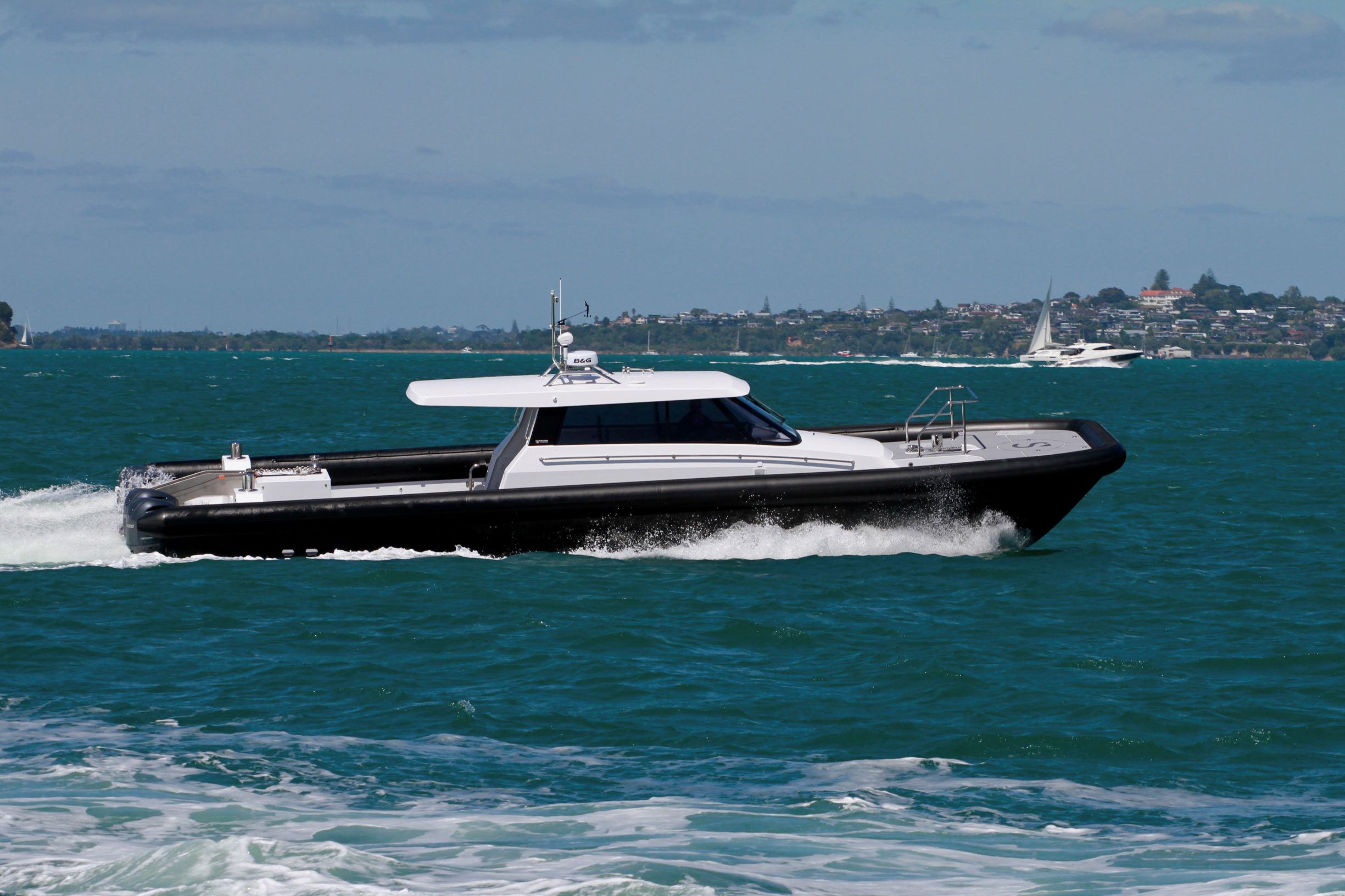 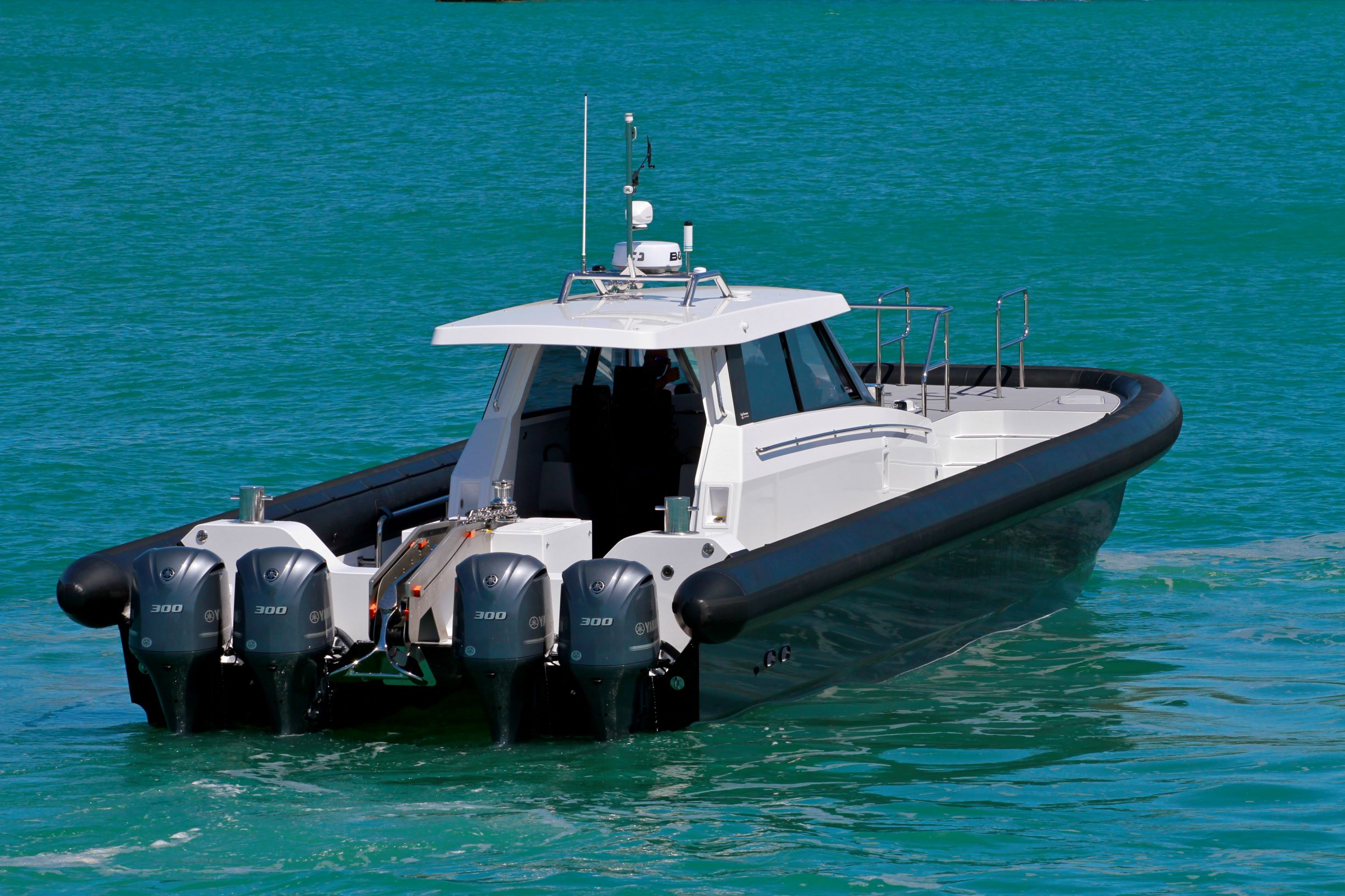 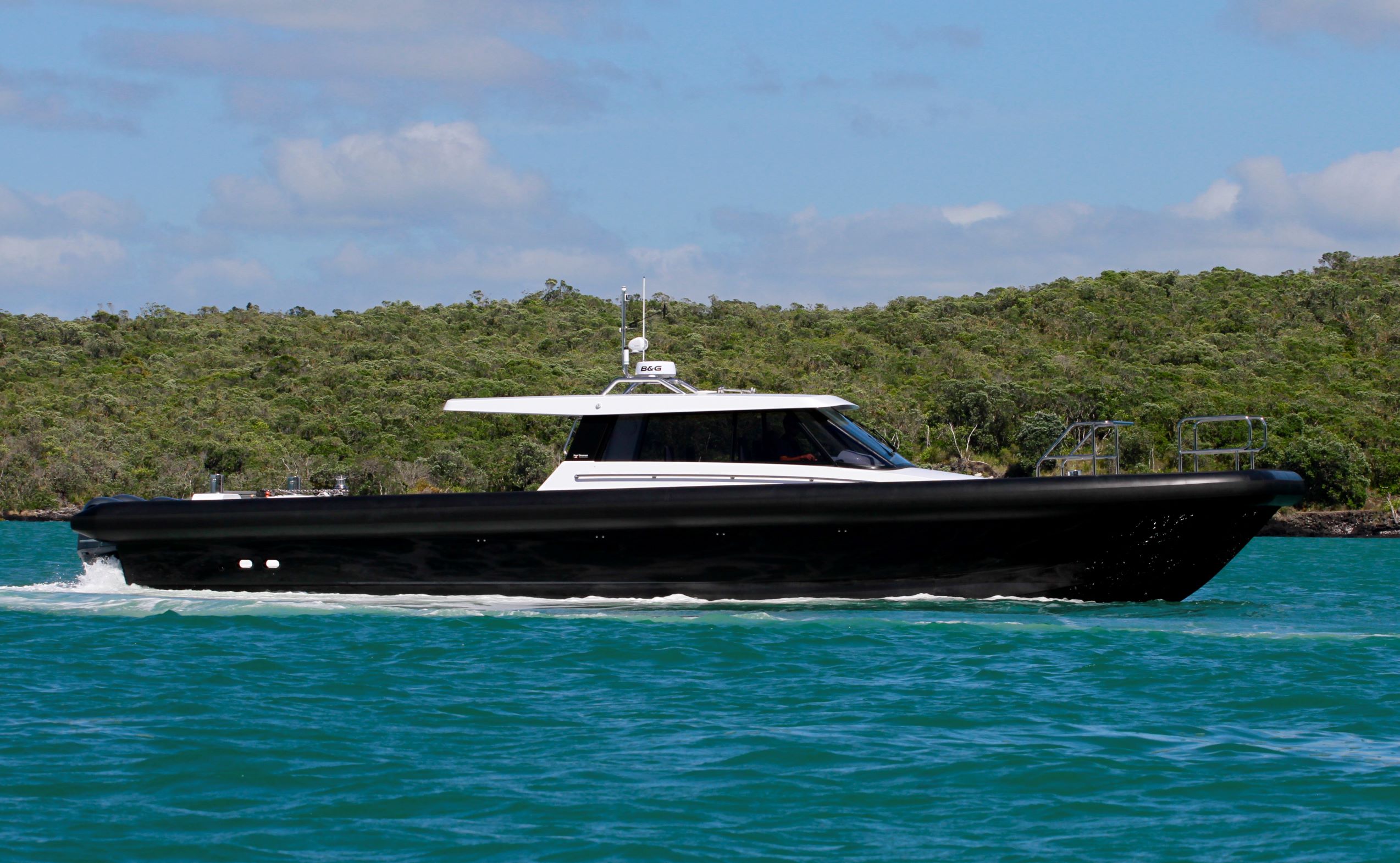 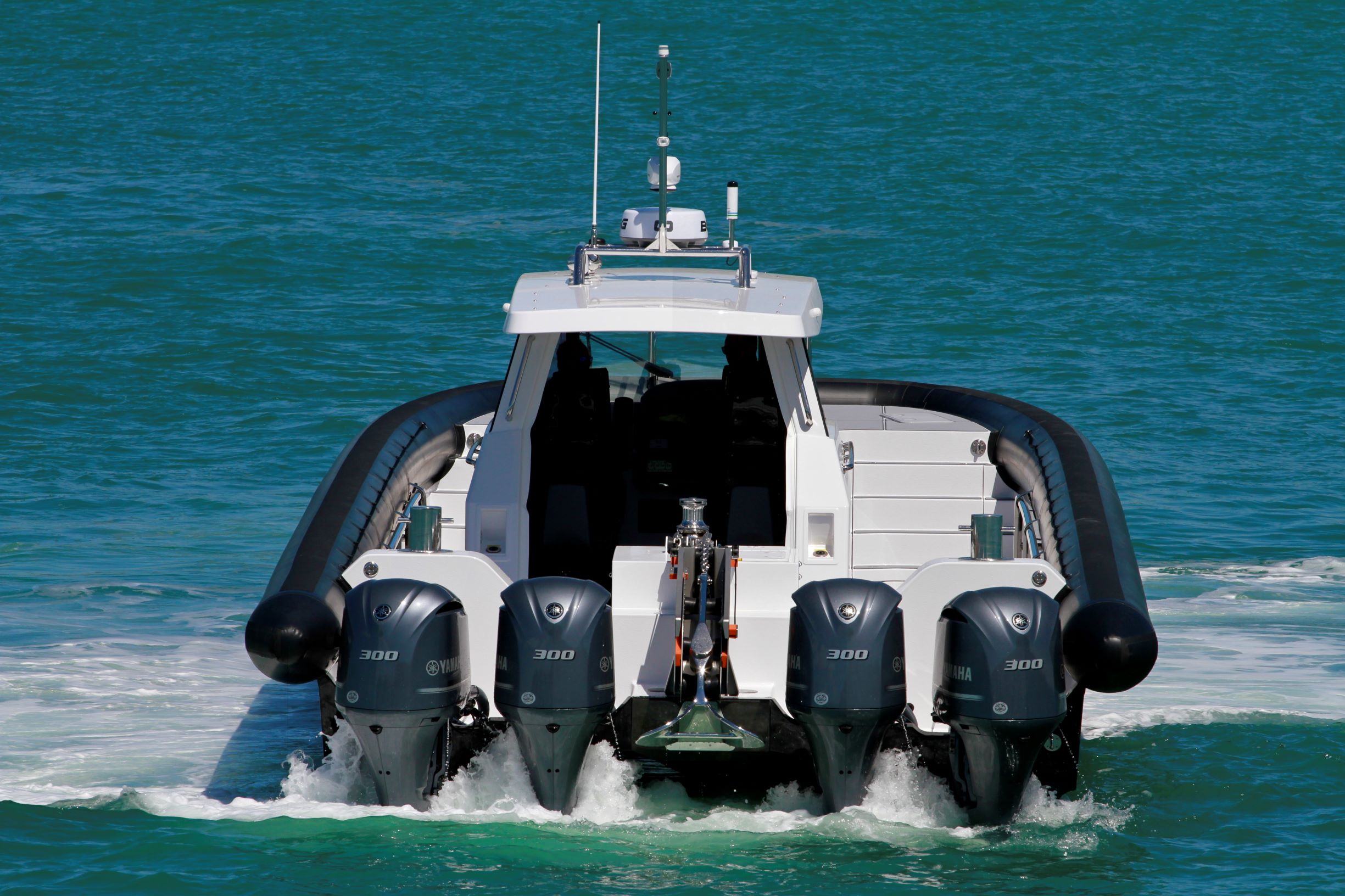 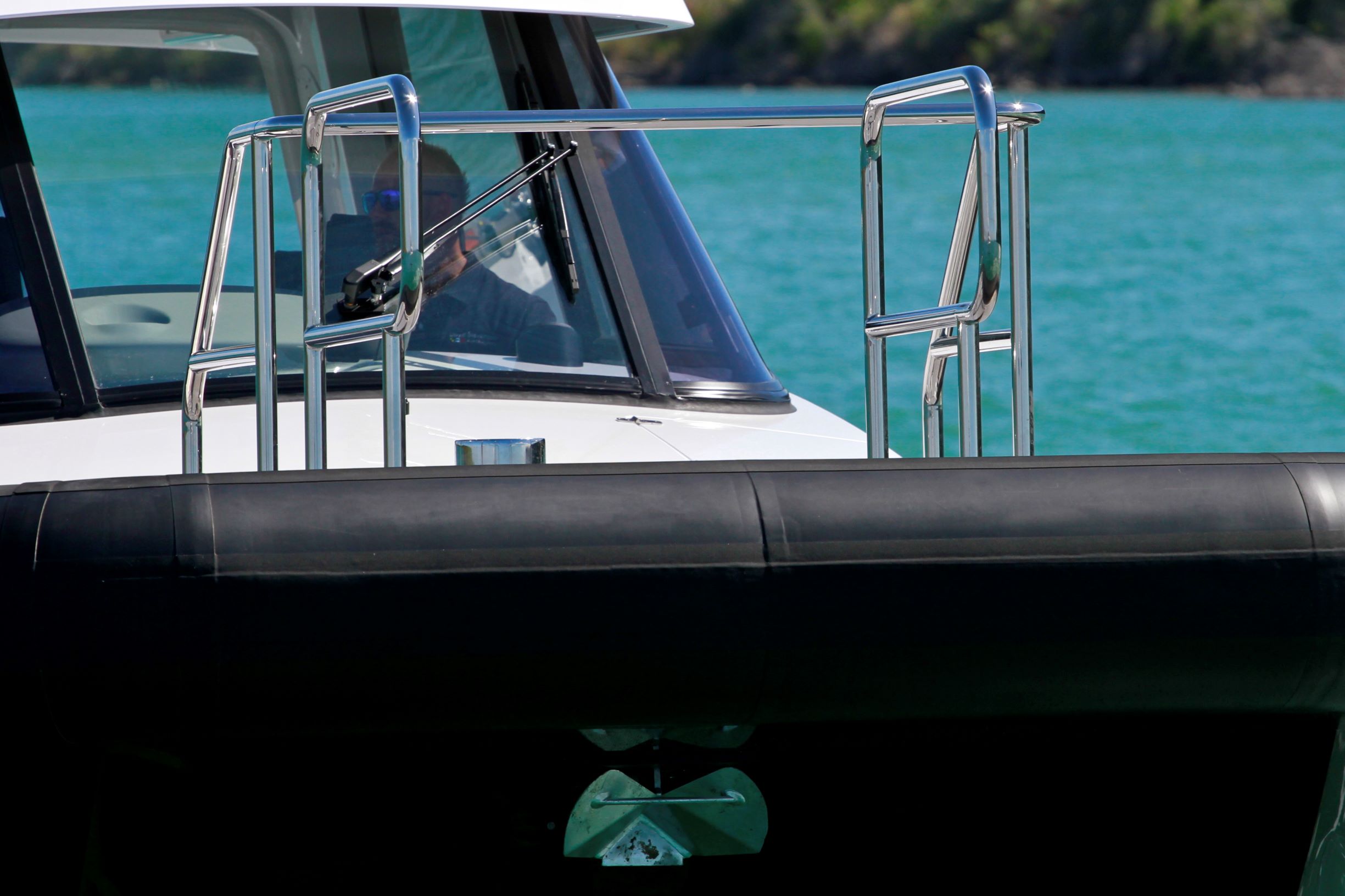 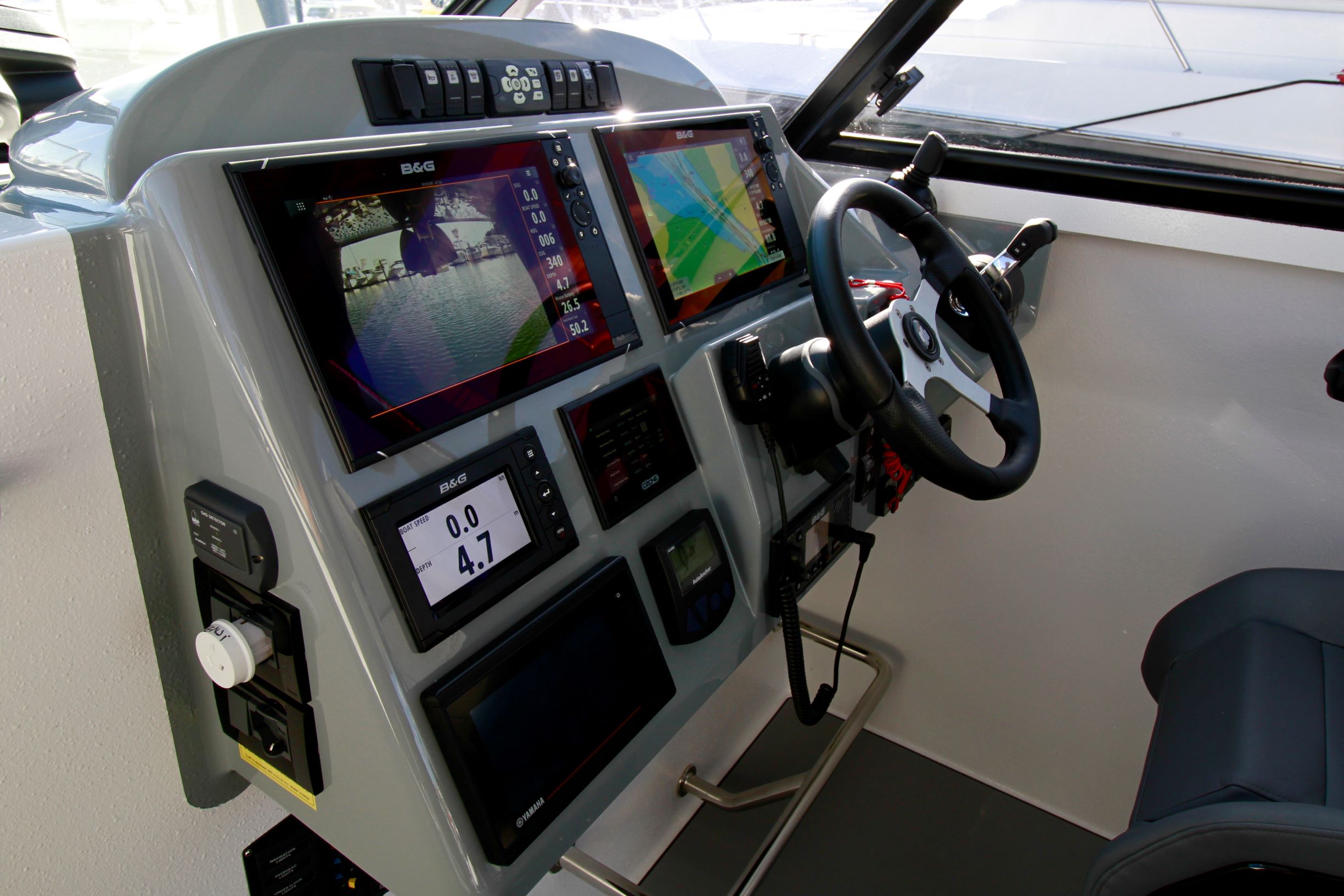 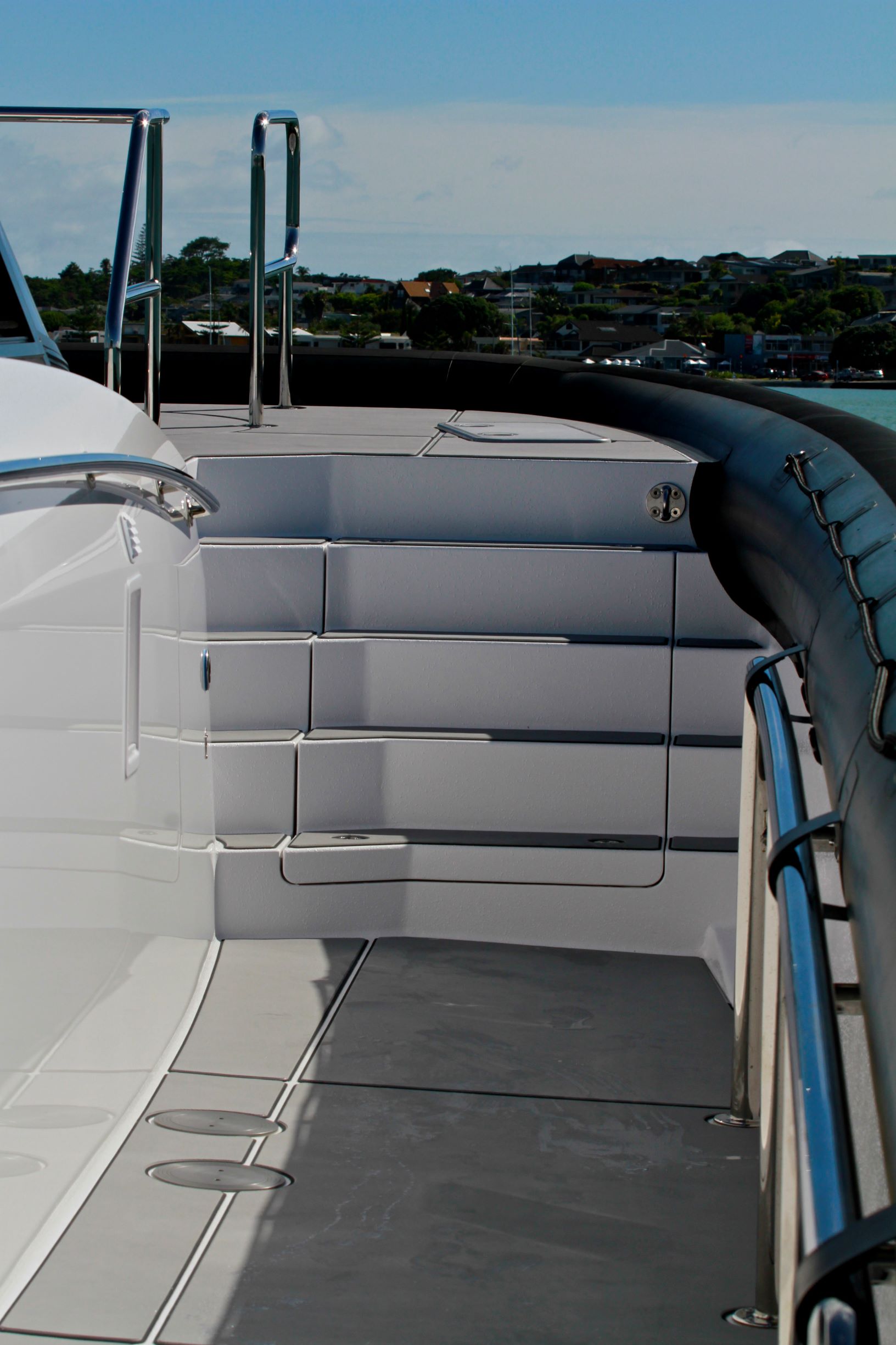 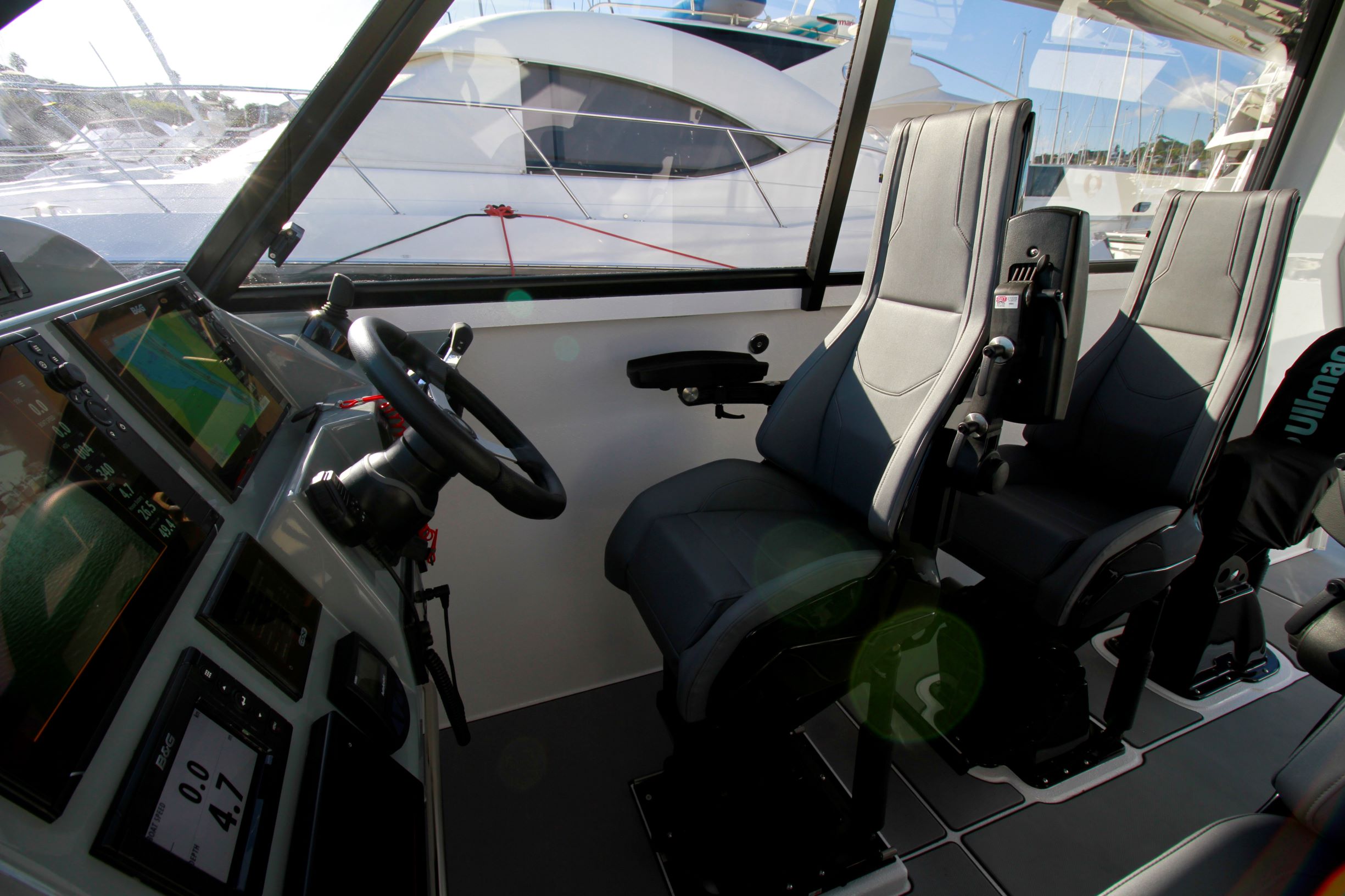 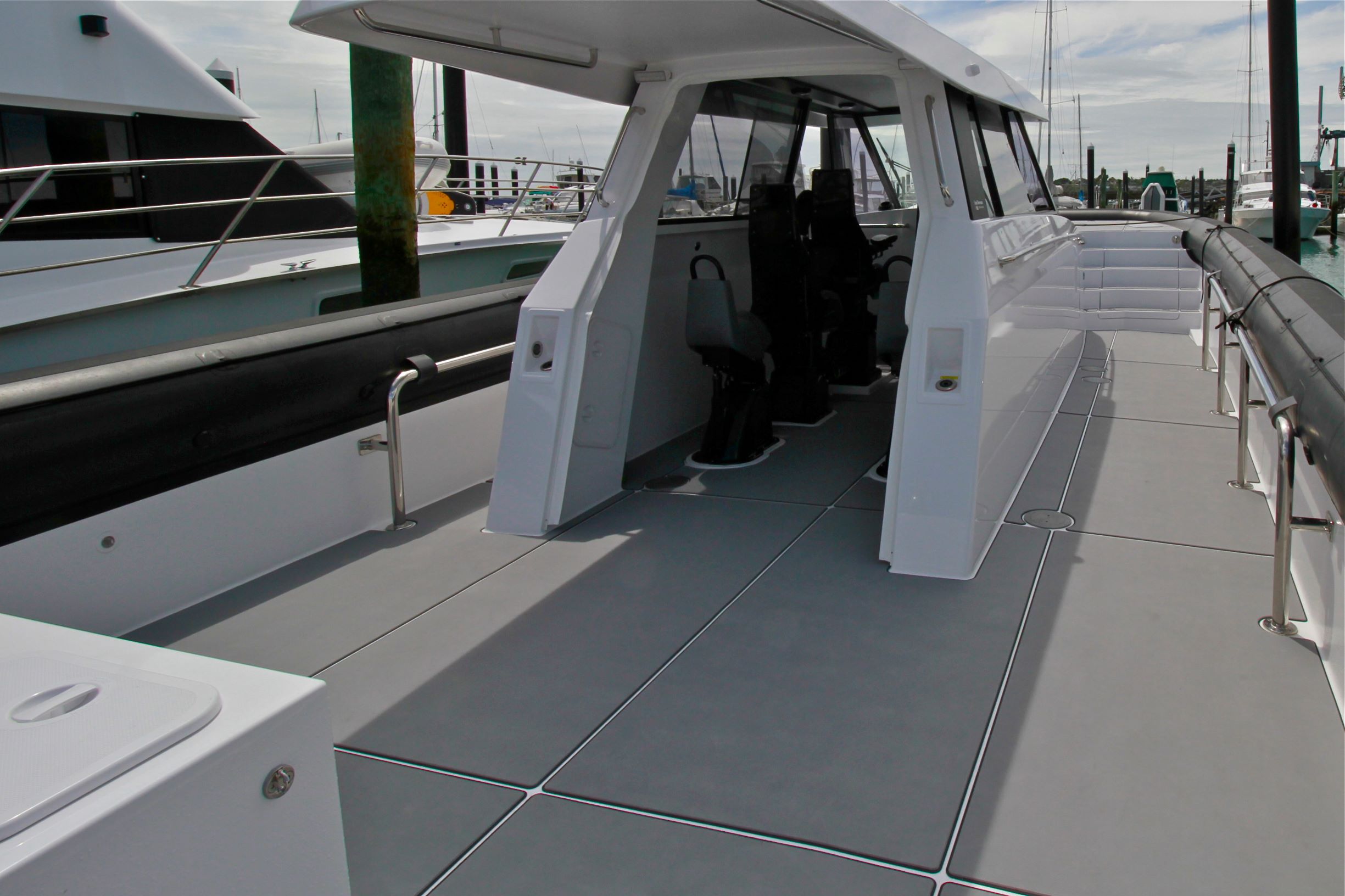 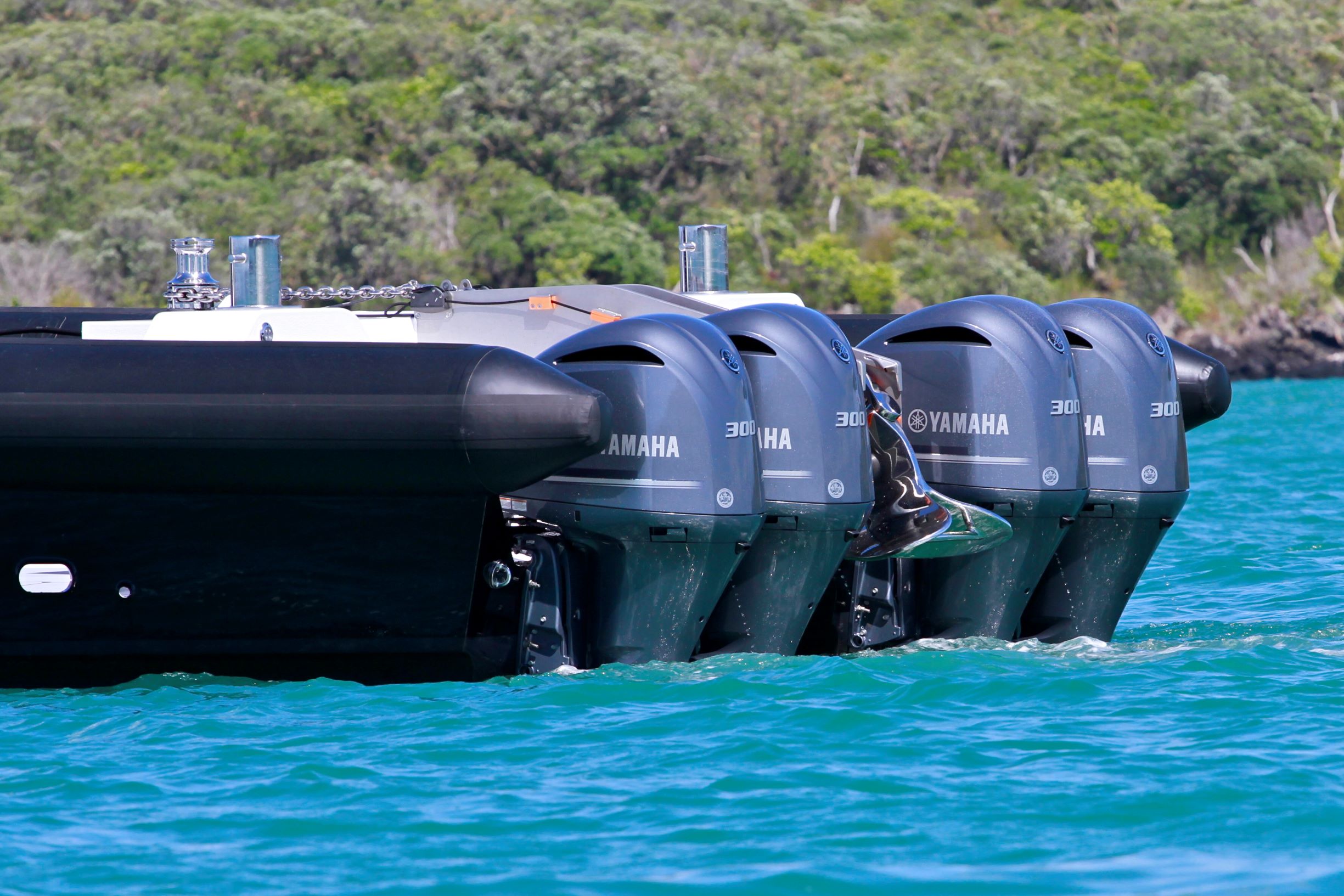 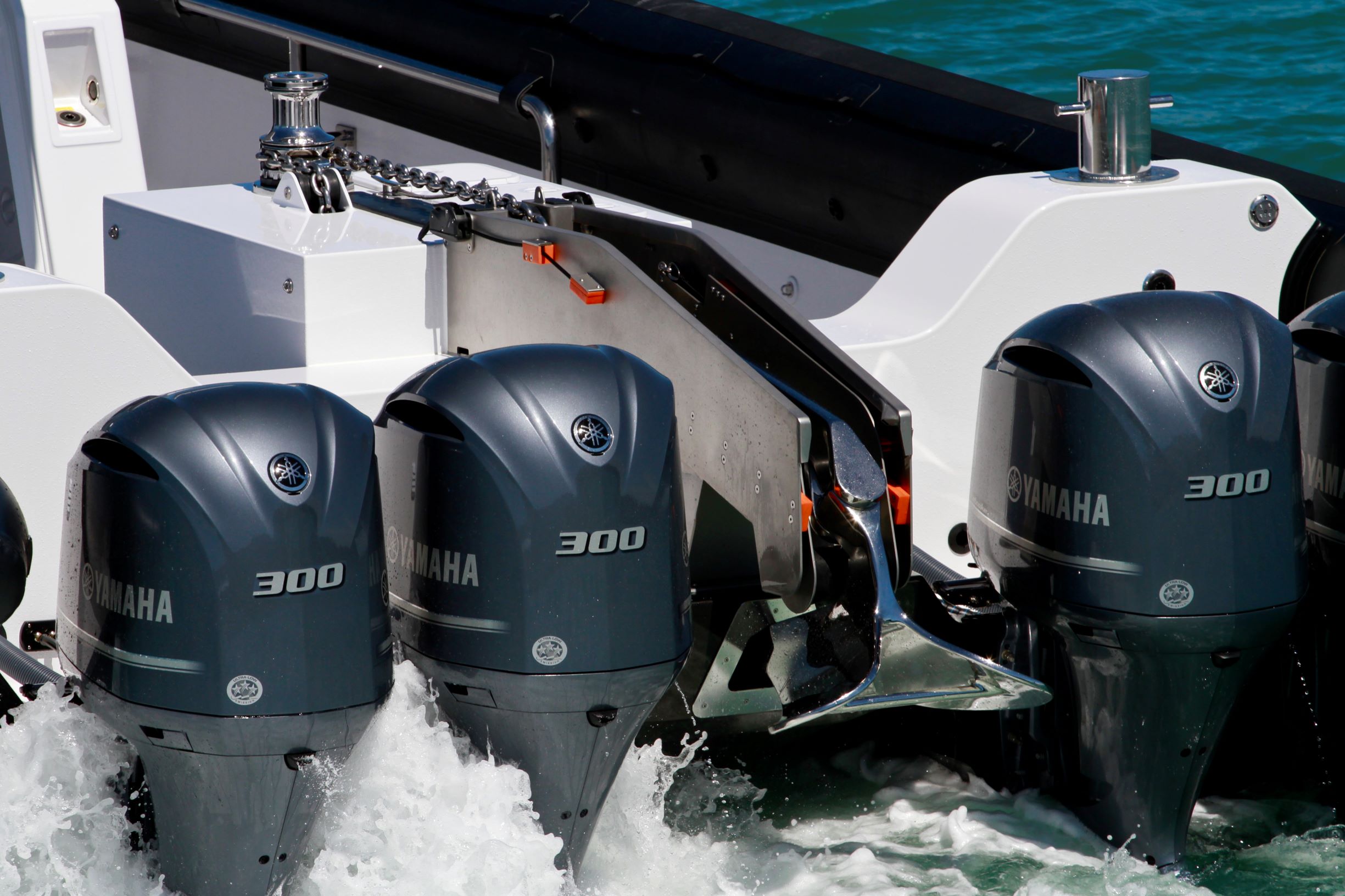 T/T Skorpios is a multifunctional support tender but her primary roles are as a chase boat and weight reduction for her mothership S/Y Skorpios, a 125’ high-performance superyacht currently under construction in Finland. A Catalyst straight from the mould is 45’ whereas T/T Skorpios has been extended to 50’ to create additional cockpit space and room for holding tanks inside her hulls. She also houses the motherships anchor and custom fairlead in the transom between the hulls, with a chain box in the cockpit. The 160kg anchor can be deployed via a Maxwell winch from the tender and attached to the mothership creating significant weight savings by carrying her 400kgs of chain. She also holds an additional 500 litres of water and 1000 litres of diesel including a high-speed fuel transfer system.

Another noticeable custom feature is the narrowed offset cabin creating massive deck space for sail storage and superyacht maintenance tasks. Unlike other Catalysts, T/T Skorpios also has an enclosed foredeck area between the hulls with Hypalon tubes around the bow giving her the ability to nudge up to the mothership for crew and passenger transfers without risking damage. This foredeck platform also doubles as an unobstructed viewing platform for race days.

Constructed from carbon and e-glass with foam core T/T Skorpios is a lightweight, high-performance chase boat capable of an impressive 45 knots despite carrying the extra weight of the additional mechanical and engineering systems. Equipped with Ulman suspension seating the ride is incredibly soft at any pace and her impressive design results in a flat ride capable of tight full speed turns without cavitation.

Built to Lloyd Stevenson’s usual high standard T/T Skorpios is a true superyacht tender, but the Catalyst design has proven to be incredibly versatile with a range of owners and tasks including chase boat, luxury tender, private motor yacht, fishing, and dive platform, island hopper and resort boat. T/T Skorpios is LSB’s first Catalyst build and number 19 in the Catalyst family, a credit to Salthouse Boatbuilders' incredible reputation. She is also LSB’s 67th custom build.

Click here to find out more about the Catalyst 45